Today, we begin with an astute observation from the wildly strange mind of Buckminster (“Bucky”) Fuller…

“Take away the energy-distributing networks and the industrial machinery from America, Russia, and all the world’s industrialized countries, and within six months more than two billion swiftly and painfully deteriorating people will starve to death.”

What’s not so obvious, however, but just as true, says Bucky:

“Take away all the world’s politicians, all the ideologies and their professional protagonists from those same countries, and send them off on a rocket trip around the sun and leave all the countries their present energy networks, industrial machinery, routine production and distribution personnel, and no more humans will starve nor be afflicted in health than at present.”

Throw the central bankers and the supranationals aboard to boot and we might be gunning for the utopia in ways we never thought possible. 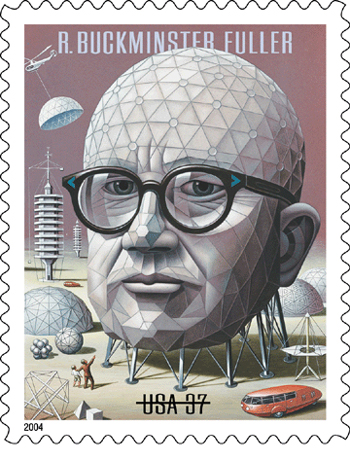 But right now on the surface, down here on “Spaceship Earth” (as Bucky called it) things look dismal.

As Sven Henrich of Northman Trader put it:

All the while, we’re forced to white-knuckle the holy crap handlebars, hoping like heck the FUnny Munny Bubble Landmine Economy (FUMBLE) doesn’t blow up in our faces.

We invite you to guess which two are impossible… and which one the central bankers have chosen.

And then read on for the (shocking!) answer.

(Got your answer? Good. Onward!)

Can A Nation Inflate Away Its Debt?

Over the last few days, I’ve been poring over the truly staggering amounts of debt the world currently owes.

By way of review:

When it comes to dealing with these debts, there are three methods nations can employ:

#1] Think of it this way: Let’s say you earn $100k in salary per year and you have credit card debt equal to $105k. Would a salary increase to $105k really make a difference in your spending habits under this scenario?

Not in the slightest.

Indeed, in order to “grow” your way out of your debt problem, you’d need your income to skyrocket to something like $200k or so. The odds of any country today seeing its GDP grow that rapidly is impossible.

As for the second part of option #1 (fiscal restraint), this is also all but impossible.

Over the last 50 years, governments have proven they are good at one thing only: spending money. In fact, most Western-style political campaigns today center on how a given candidate wants to spend money to solve a given problem.

Put simply, the yields on these bonds, particularly Treasuries, are the “risk-free” rate of return against which all risk assets are priced. So if these yields spike higher because the underlying bonds are being restructured, EVERY asset on the planet would suddenly be repriced based on their increased riskiness.

In the case of stocks and real estate, “repriced” means “would crash.” Imagine the political fallout this would cause for whoever is in the White House/Congress if the US experienced both a housing and a stock market crash.

Which is why I firmly believe that every major nation will attempt to use policy #3 going forward.

Option #3: Inflate the Debt Away

“Inflating away” your debt sounds like a complicated idea, but really, it simply means money printing.

You still owe $1,000 in debt, but because each unit of debt is worth so much less, your REAL cost of the debt is only $500 in today’s terms.

This is the only real option major nations have today. And it’s one that policymakers LOVE to use, as the COVID-19 pandemic has revealed.

In response to the COVID-19 pandemic, they’ve printed almost as much money ($6 trillion and change) in 2020 alone.

Again, the COVID-19 pandemic has revealed that policy makers’ response to every problem going forward will involve printing money.

The basic rule of economics is that the more of a given asset there is, the less each individual unit is worth.

Think of sand. According to NPR, there are roughly five quadrillion grains of sand in the world.

What you’re really paying for is the cost of labor and shipping that the sand company spends to bag the stuff and ship it to you. In reality, sand is free… provided you can get to a beach.

By way of contrast, there are only 2.5 billion ounces of gold above ground today.

That sounds like a HUGE amount of gold, but compared to sand? It’s infinitesimal. Not only is gold much rarer, but it’s much harder to get ahold of (you have to mine for it). As a result, a pound of gold is worth over $21,000.

The same thing happens with money.

The more money you print, the less each unit is worth. That’s why the purchasing power of the US dollar has been falling like a stone ever since the US broke away from the Gold Standard in 1971.

And it’s why the US dollar has been collapsing ever since the Fed and Federal Government began spending TRILLIONS of dollars to fight the COVID-19 pandemic.

This is ALSO why gold is exploding higher.

Put simply, the markets have realized the US is going to attempt to “inflate away” its debts.

This means a TON of money printing and a weaker US dollar.

[Chris’ note: There’s ONE specific sector of the US debt markets, says Graham, that could trigger soon. More on that — and how this is perhaps the best time to set yourself up for generational wealth — in tomorrow’s episode. Stay tuned!]