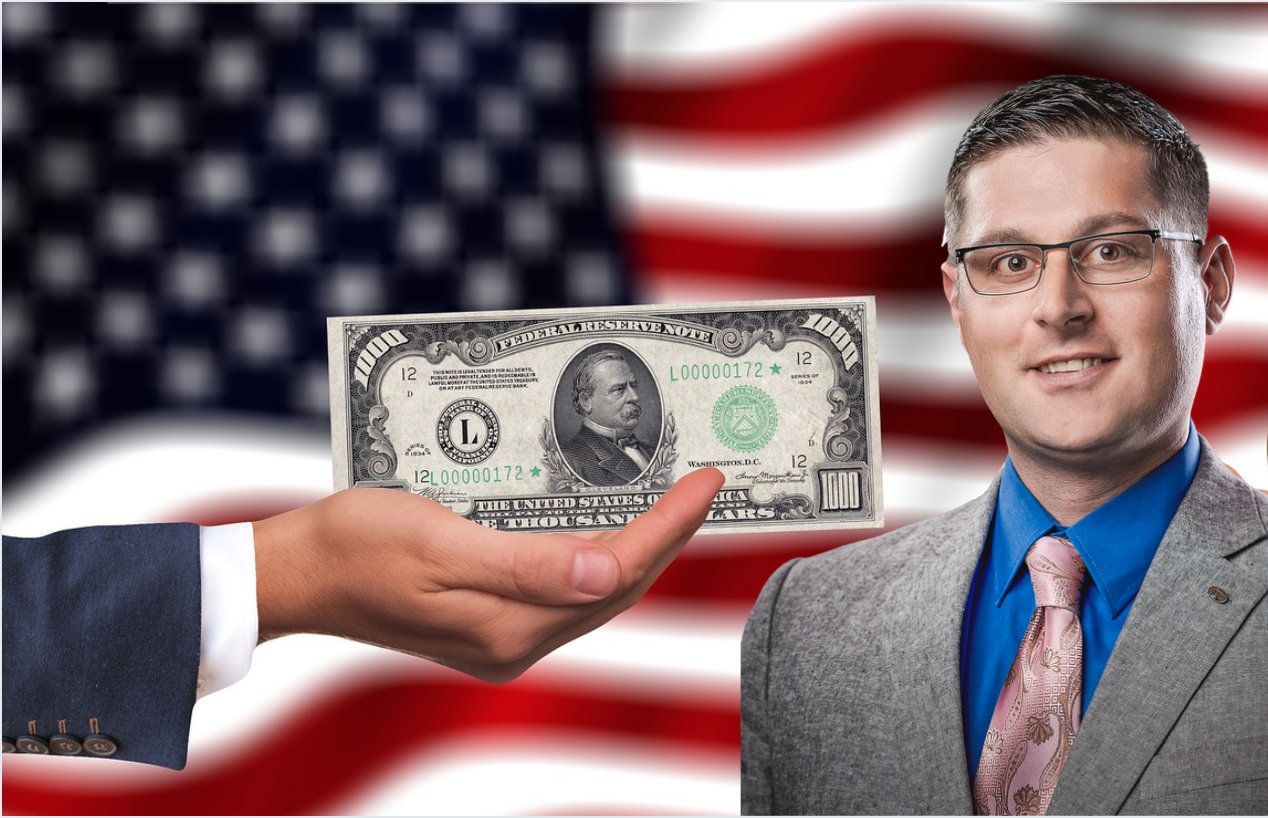 Politicians often brag about all the things they’ve accomplished while in office. But often overlooked is an aspect of governance that’s equally important: stopping bad policy proposals and preventing the waste of more taxpayer dollars. Here’s where local politicians like Fargo City Commissioner Tony Gehrig, known as “Captain No,” deserve more spotlight and credit than they typically receive.

A captain in the North Dakota National Guard, Gehrig also uses his perch on the Fargo, North Dakota City Commission to vote against any and all corporate welfare proposals put forward. He has earned a reputation for voting “no” on the tax subsidies and government carve-outs that municipalities often offer businesses to try to lure economic activity to their area.

This is why Fargo City Commission's 'Captain No' votes against all business tax breaks https://t.co/26kRnBZegO

(Similarly, Ron Paul earned the moniker “Dr. No” as a congressman from Texas for resolutely refusing to vote in favor of farm subsidies and other pork-barrel spending for his district.) These crony handouts often give politicians a shiny thing they can point to as an accomplishment—look at all the jobs I created!—but never work out in the long-term.

Time and time again, Gehrig has split with his colleagues and resisted the political allure of offering big business taxpayer subsidies. According to local news website Inforum, Gehrig had 77 “no” votes this year in meetings through August, with 66 percent involving voting down proposals for taxpayer-financed business subsidies.

"We can grow our city and add more jobs without offering these ridiculous incentives," Gehrig said. "At the end of the day, many of these businesses would come here or expand anyway."

This isn’t speculation—Gehrig has confirmed it. Per Inforum, Gehrig has asked all the businesses that come before the commission asking for handouts if they would build or open their business in Fargo anyway, and he has only ever had one company say no.

But Gehrig’s record doesn’t just provide us with an example responsible politicians ought to follow. It reminds us once more that corporate welfare doesn’t work, and that an end to taxpayer-subsidized corporate handouts is long overdue.

It’s important to understand why corporate welfare is doomed to fail.

When politicians give big business handouts, they aren’t actually creating wealth. The productive capability of their local economy has not increased. Rather, they are simply creating the illusion of wealth by bribing corporations to make sweeping promises about job creation that rarely if ever materialize.

Policymakers can... create the illusion of increasing social wealth. If a company is paid to hire people and increases its investments, it looks as though the policy generates wealth and contributes to economic growth. The problem is that the policymaker has no means of judging the opportunity costs, or alternative uses, of the redistributed resources. Because policymakers lack access to the dispersed knowledge possessed by private individuals, they cannot determine what the optimal allocation of resources is.

The basic takeaway here is that when policymakers corrupt the market with politically-favored handouts and subsidies, they pick winners and losers in ways that do not correspond to actual productivity or efficiency. This results in a less efficient, poorer economy in the long-term, leaving everyone worse off.

So why do they do it?

Well, in exchange for crony handouts, business leaders will make big, empty promises about all the jobs they’ll create. Then, when the businesses get the handouts and the politician gets re-elected on the lofty job “creation” estimates, the jobs don’t actually have to materialize.

One only needs to skim a few examples of corporate welfare in action to see why it’s a typically win-win for the powerful but a massive net loss for the public.

In 2007, Maiden, North Carolina city officials gave Apple $370 million in crony subsidies over 30 years, with the assumption it would be a boon for the economy and create jobs. (Or, at least, that they could claim as much). The reality? The facility created about 50 jobs; roughly one job per $7.4 million in handouts.

Similarly, Wisconsin engaged in one of the most spectacular failed corporate welfare schemes when it tried to bribe the Taiwanese company Foxconn into creating jobs.

“In his second and last term as Wisconsin governor, [Scott] Walker approved a deal in which the state and local governments of Wisconsin will provide nearly $4.8 billion in tax breaks and subsidies to Foxconn, a Taiwanese electronics company, so they can build one new factory in the city of Mount Pleasant,” Michael Rieger wrote in summation for FEE.org. “The plant is set to cost Wisconsinites an average of $1,800 per taxpayer, with $346,000 being spent on each job created, much more than the average salary the jobs will offer.”

Suffice it to say this is not an efficient way to use taxpayer resources. But these examples aren’t crazy outliers. Rather, these kinds of dysfunctional outcomes are the normal result of corporate welfare schemes.

A 2013 report analyzed the nearly $65 billion in crony carve-outs state and local governments had handed out in the previous 35 years. Its conclusions were shocking: All in all, taxpayers paid out an average of $456,000 for every job created.

The takeaway here is quite clear.

Politicians will continue to engage in backroom deals and prioritize political gain over sound economics so long as the public lets them get away with it. Voters need to demand more officials follow the lead of “Captain No,” and stop shelling out taxpayer money to corporate interests in the name of the greater good. Moreover, we should be sure to give office-holders credit for what they don’t do with our money—not reward them when they continue to spend it endlessly.