Ron Paul won’t run for reelection to the House

Ron Paul won’t run for reelection to the House 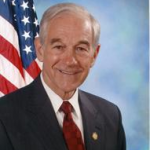 This is great news. Don’t get me wrong, I love Ron Paul and he has the absolute right set of principles that I’d love to see in the White House. However, I was extremely disappointed when he threw our votes to the four winds in 2008 by telling us NOT to vote for one of the 2 major parties. He completely lost us there – in my opinion had he run as an independent and garnered at least a chuck of the vote, then maybe we’d me more of a force to be reckoned with today. But that’s water under the bridge. This is our last stand, the final countdown. If we lose to Obama this time, there may be no America left standing (or at least one I’d want to live in). Time for all hands on deck, and total commitment. Let’s roll, Dr. Paul.

via Ron Paul won’t run for reelection to the House – Alexander Burns – POLITICO.com.