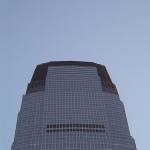 Amen! I was already going to write today about corporate corruption.

In my years both as an employee and manager in the corporate world, I was routinely disgusted by the immoral, unethical behavior that went on. In fact, I distinctly remember the looks of confusion and disgust that I’d get when I mentioned that I wouldn’t forge a client’s initials, put workers in tremendously unsafe (and illegal) situations and for refusing to tell third-party vendors that our customer agreed to a transaction (when it wasn’t true) among many other situations.

Yesterday, I became a bit agitated when a friend discussed the latest sleazy move at her job, as she and other employees were effectively asked to work off the clock (and thereby make someone else richer off of their slavery). I’ve been in the same situation and never did so. If I wanted to volunteer my time, there are much more noble causes than making a corporate sleazebag rich.

Now, I just read this article and it is highly accurate of the corporate world in general. If they can get away with it, they’ll generally do it – period.