Are We Being Set Up for the Knockout Punch? 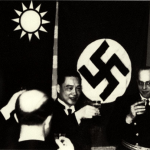 On a seemingly regular basis, I notice stories that appear to be bizarre overreaches by the Federal Government. We’ve had the NDAA and other similar draconian legislation passed. We’ve had the Obama Administration try to curtail the Second Amendment – a move that would be critical if a plan is in place to implement martial law. Plenty of other moves have left me puzzled and raised my guard.

It’s tough to make sense of it all, but I suspect that we may be nearing a point of no return. This is just speculation, but has the rise of Ron Paul and the continuing explosion of the Internet forced the hands of those who seek to further dominate the world? Has a sense of urgency kicked in, fearing that it may be “Now or never” time to enact their agenda?

Among many possible moves, I would consider these to be critical warnings of an imminent danger:

What do you think?