What Would Happen If 9/11 Was an Inside Job? 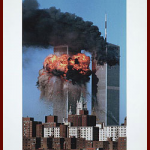 Many of us suspect or outright believe that 9/11 was an inside job. Others do not.

Suppose that a smoking gun was found that irrefutably proved that 9/11 was an inside job. You may already think that it has giving the overwhelming amount of circumstantial evidence that suggests this conclusion, but there has not been an official smoking gun. What would happen to America and possibly the world?

Would faith in government, which is already at a historical low, erode to the point of no return? Would the Federal Government collapse soon after as an infuriated public demands or even ensures an end to it? As the entire Government wouldn’t have been in on it, would a mass hunt ensue for those responsible?

There are major holes in any official version of 9/11, but I doubt any conclusive smoking gun will ever be permitted to reach the general public. If it did, though, what would happen?