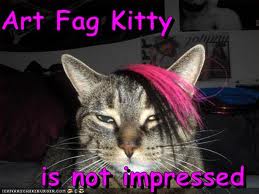 a>Countries around the world have had to tighten their belts since Obama took office, effectively destroying the last vestiges of a global economy already tattered by my future trophy husband, George W. Bush (like me, he’s too pretty for math).

Social safety nets have been slashed (except in America, where Captain Fantastic insists on expanding the Medicare/Medicaid debacle to such a point that no generation will ever be able to pay back the interest on our loans, and we will all be forced to learn Mandarin), school budgets have been attacked, and basic infrastructure like roads, bridges and military ability are down to “emergency only” levels.

In Europe, land of the handout, there have been austerity riots in Greece, and in Canada, Montreal students have been rioting this week over what is already some of the cheapest tuition available for an excellent education (walk into any American hospital and ask who was educated at McGill – you’ll find enough doctors to have an impromptu baseball game).

The funniest, most benign outrage though has to be from arts and cultural groups:

Germany and France, the largest and most stable economies in Europe, are suffering the least and can even point to increases in financing for some officially favored programs, genres and ensembles that are seen as promoting the countries’ images abroad, like film.

But other countries with governments that are led by conservatives or technocrats — like Italy, Hungary, the Netherlands and Britain — have had their culture budgets slashed. So have others that are being forced to cut public spending to remain in the euro zone, including Greece, Portugal, Spain and Ireland.

Ok, let’s deconstruct that, shall we?

Germany and France have money, so they can afford to buy pretty baubles.

Greece, which doesn’t know where its next souvlaki is coming from, can’t.

They aren’t broke because they’re run by “conservatives or technocrats” – quite the opposite. Those eeeevil conservatives are doing what they can to tighten the ol’ belt, putting priority on, well… priorities!

Better to feed the country than to buy it a painting. Better to create jobs for the capable than to support the dreamy art fags with grants.

This isn’t forever. This is until the crisis passes. When it’s over, Europe will go back to creating the beautiful things future generations and civilizations will ponder. For now, they have to keep meat on the family table.