The Idiocy of Blind Party Support 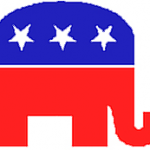 A relatively recent Rasmussen poll placed Ron Paul as the winner in a head-to-head battle with incumbent tool Barack Obama. Of course, this was with Paul as the Republican nominee, which is highly unlikely to pan out.

A recent article that I read on antiwar.com suggested that polls indicate that Ron Paul would get 18 to 21 percent of the votes as a third party candidate. Obviously, this would not be enough to win the Presidency. Why is there such a big difference between Ron Paul the Republican and Ron Paul the (insert relevant third party)?

It makes very little sense for voters to tie party alliance to a candidate’s qualifications. Yet, this may very well prevent a Ron Paul Presidency, as he has very little chance of being the Republican nominee.