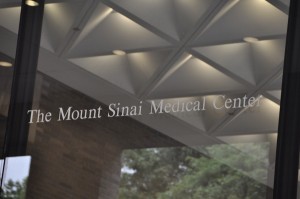 Yesterday I wrote a tongue-in-cheek article about how the elderly would be forgotten and left to die if SCOTUS let Obama have his way.

Today I’d like to show you what a well-maintained system can do. Before I quote the article from the New York Times, I will get the caveat out of the way: Mount Sinai is an exceptional case. It is by rich people, for rich people. It is not the same hospital you’d find in downtown St Louis, or on the outskirts of Omaha. But it is a well-oiled medical machine that every hospital should aspire to emulate, the world over.

Phyllis Spielberger, a retired hat seller at Bendel’s, picked at a plastic dish of beets and corn as her husband, Jason, sat at the foot of her hospital bed, telling her to eat.

Although she had been rushed to Manhattan’s busy Mount Sinai Hospital by ambulance when her leg gave out, the atmosphere she encountered upon her arrival was eerily calm.

There were no beeping machines or blinking lights or scurrying medical residents. A volunteer circulated among the patients like a flight attendant, making soothing conversation and offering reading glasses, Sudoku puzzles and hearing aids. Above them, an artificial sun shined through a skylight imprinted with a photographic rendering of a robin’s-egg-blue sky, puffy clouds and leafy trees.

Ms. Spielberger, who is in her 80s, was even getting into the spirit of the place, despite her unnerving condition. “It’s beautiful,” she said. “Everything here is wonderful.”

Yet this was an emergency room, one specifically designed for the elderly, part of a growing trend of hospitals’ trying to cater to the medical needs and sensibilities of aging baby boomers and their parents. Mount Sinai opened its geriatric emergency department, or geri-ed, two months ago, modeling it in part after one at St. Joseph’s Regional Medical Center in Paterson, N.J., which opened in 2009.

Emergency rooms, specially designed for old people, to keep them calm and oriented.

I’ve had a few trips through the ER here in Canada, both as a patient and escorting my parents. They are terrifying places in the best case scenarios. Noise, bustle, staff shortages… Imagine how much easier a person would be to treat if the atmosphere were a bit more Zen. A patient – an elderly patient – would present with their primary issue, not a secondary symptom to anxiety or high blood pressure. Given that heart disease is a massive killer of the 60+ crowd, do we really want to be adding stress to an already terrifying and potentially deadly situation?

By passing the Obamacare act, hospitals will run out of money fast. Every Tom, Dick and Sandra will be running to the ER for a case of the sniffles (it happens here all the time), and hospitals will buckle under the added expense. A microcosm of this can be seen in border states, where hospitals routinely go bankrupt because they can’t turn the non-paying illegals away.

Wouldn’t you rather have your health care provider aspire to the level of service written above, rather than struggle to keep the lights on?