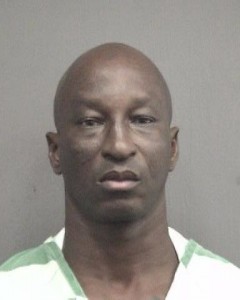 The hotbed of racism from the black community across America – the flames of which are being fanned daily by the likes of race hustlers Jesse Jackson and Al Sharpton (both of whom call themselves “Reverend,” as if merely being black makes one holy) – has been spilling over into attacks on white people “in the name of Trayvon.”

A week ago, veteran wordsmith John Derbyshire received fierce backlash for writing a faux advice piece regarding blacks. One of the paragraphs:

(10h) Do not act the Good Samaritan to blacks in apparent distress, e.g., on the highway.

I would expand this to read

(10.h.1) Do not act the Good Samaritan to whites in distress at the hands of a black person.

The name of Trayvon Martin was invoked again Wednesday night in Gainesville during an attack by a group that police say stomped on a white man who was scuffling with a black robbery suspect on the Bo Diddley Community Plaza. [Can’t make this shit up – Ed.]

The robbery suspect, Carl Milton Babb, 50, had been released from prison earlier in the day after serving more than two years in prison for the same crime he is accused of committing Wednesday — snatching a purse from a woman near the downtown plaza.

According to a Gainesville Police Department arrest report, Babb approached a woman eating dinner at the Lunchbox on the plaza at about 8:50 p.m. and asked her for a light.

When she said she didn’t have one, Babb took off with her purse, which contained her $500 cellphone, according to the report.

The woman’s dinner companion and another person took off after Babb.

The scene attracted a crowd, and a number of people on the plaza approached Babb and the Good Samaritan, who tried to explain that Babb had just stolen his friend’s purse.

The killing of Trayvon Martin did expose racism in America, but not in the way the press and Obama and the hucksters are trying to spin it. The real racism is at the hands of the black community itself, and I don’t think they’ll be satisfied until they bring about the resurgence of the Klan.

And mark my words: They will.