Taxes are a necessary evil, plain and simple. We have to understand that the government does have a duty to protect and preserve individual rights, and that it needs the proper funding to fulfill that duty. How we go about collecting those funds has recently been thrown in to the spotlight under the guise of the “Buffet Rule”.

The idea seems pretty simple, and even reasonable. People like Warren Buffet shouldn’t be paying less in taxes than the middle class. So, in effort to fix this problem, Democrats in Washington are pushing for legislation to raise taxes on the “extremely wealthy”. They claim that the rich ought to pay MORE than the middle class, and that if they could just add this rule to the tax code, all their problems would be solved.

There are two major flaws with their logic. First of all, under a government that is supposed to regard all of it’s citizens as equals, no one should be forced to pay a higher tax rate than anyone else. I have a big problem with rich people paying lower tax rates than me, but I won’t react emotionally by demanding they pay a higher rate than me. A flat tax is a simple solution to this problem. Everyone pays a small percentage of their income (1-2%), no more, no less. If you make $100, you pay a dollar, if you make a million, you pay $10,000, and so on.

The second problem with the Buffet Rule is that it assumes that billionaires are in some way undertaxed compared to the middle class. While this may appear to be true when Buffet says he paid less on his taxes than his own secretary, what’s really happening is that he’s got the money to pay someone to find every little loophole in the book. Our current tax code is over 70,000 pages long, and full of contradictions and loopholes. Once again, a problem that could be solved with a simple flat tax.

What we need from Washington isn’t a new set of loopholes for billionaires to pass on to the middle class. We need complete reform of the U.S. Tax code. Fair tax, flat tax, whatever works…because what we have right now does not. 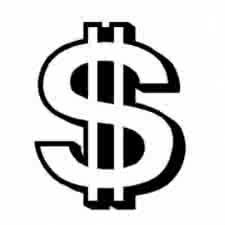