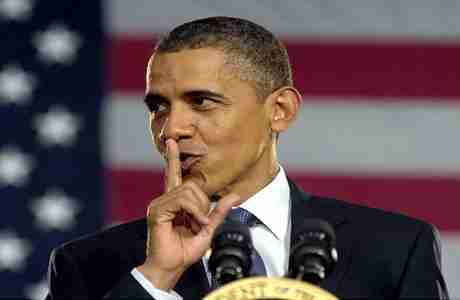 Why Is Obama Dancing Around Gay Marriage?

One of the questions I often ask liberals is “What has Obama actually done in the way of social issues”.  I think the general definition of “libertarian” is that we are fiscally conservative, and socially liberal.  However, it shouldn’t take a libertarian to see that Obama has been less than liberal when it comes to many social issues.  I’ve talked about Obama’s war on medical marijuana in past posts, so I figured I would go ahead and point out that Obama has done little to benefit the gay community since taking office.

Now, I am not one to support the idea that Washington ought to recognize gay marriages.  In fact, I think it’s clear that the federal government has no business meddling with marriage at all, gay or straight.  Despite this, President Obama has done nothing to push for the repeal of the Defense of Marriage Act (signed in to law by Clinton…and somehow George W. Bush is the hateful bigot?).

Obama has been so bad at managing his social policies that even his fans are beginning to take notice:

“He is never going to be anti-gay enough to satisfy those who are anti-gay. But now he is managing to fall short of those who want him to be with them on marriage,” said Evan Wolfson, founder and president of Freedom to Marry. “Whichever it is, it is clear that they have little to gain by dragging out the president’s evolution … by contrast, they do have a lot to gain by speaking out clearly.”

This is just another example of why even “left-libertarians” can not get on board with President Obama.  He’s terrible on economic policies, and non-existent on social policies.