Who Is Ron Paul? 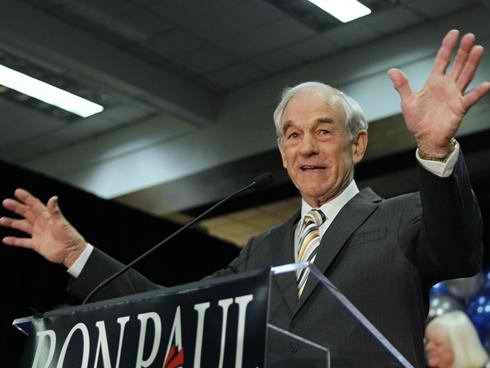 Despite the fact that he was last one standing against Mitt Romney, Ron Paul has officially suspended his campaign for the GOP presidential nomination:

“Our campaign will continue to work in the state convention process. We will continue to take leadership positions, win delegates, and carry a strong message to the Republican National Convention that Liberty is the way of the future.
“Moving forward, however, we will no longer spend resources campaigning in primaries in states that have not yet voted. Doing so with any hope of success would take many tens of millions of dollars we simply do not have. I encourage all supporters of Liberty to make sure you get to the polls and make your voices heard, particularly in the local, state, and Congressional elections, where so many defenders of Freedom are fighting and need your support.
“I hope all supporters of Liberty will remain deeply involved – become delegates, win office, and take leadership positions. I will be right there with you.

So where do we go from here?  Ron Paul represented the last hope for many libertarian-leaning Republicans (and non-republican libertarians like me). And although his decision to stop campaigning in the primary may seem like the end of the Campaign for Liberty, it’s only the beginning.

Without a doubt, Paul supporters will not stop voting for him when they are able to, and when they are not, they will write him in.  At this point, voting for Ron Paul isn’t about voting for the man, it’s about voting for the ideology.  It is the voters’ way of saying “Who is John Galt?” to a GOP establishment that is out of touch with America really needs right now.  And so, as the GOP continues to lead itself down a seemingly irreversible path of pseudo-small government and cronyism, the rest of ask will be left to ask: