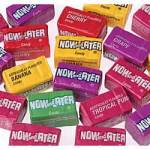 In the gas station up the road from my place a few days ago, I was rather entertained and simultaneously irritated in one, fell swoop.

The clerk was of some East Indian descent, speaking Hindi, this much I knew. He had the DoucheNozzle2.0 Earpiece in and continued to yammer away on it, despite the customer in front of me, who was at the counter.

The man in front of me, a rather understandably upset black man began to hurl ‘Now & Laters’ from a small tub on the counter at the clerk.

As he is tossing Now & Laters, he starts to yell at the clerk. “Are you hallucinating? You must be hallucinating. You got a line of people at yo damn counter, but you speakin’ greek into that damn phone. YOU HALLUCINATIN’ SON?”

The clerk begins to yell back at the man. Bilingually. While swatting away Now & Later projectiles being fired with surprising accuracy at his face.

I notice Spanish being spoken behind me. I turn and look, and behold, two Mexican fellows approximately 4.5 feet tall were getting as much of a kick out of the situation as possible.

I make eye contact, and one of them says, “This is funny as CHIT, man!” and then proceeds to go back to speaking Spanish with his compadre.

All I wanted was a damn pack of cigarettes.