Is America Moving (Back) Toward Libertarianism? 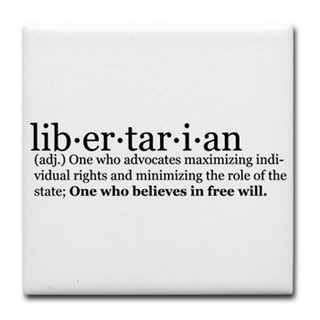 The Washington Post is running a story from the Associated Press titled “What a new libertarian-looking America means for the 2012 elections”.  The author seems to write as if she is surprised to see Americans leaning more and more toward the ideals of libertarianism, but why?  Americans are sick and tired of cronyism and war, and many of them are finally realizing that at the heart of these problems are not the fat cats on Wall Street, but the fat cats on Capital Hill.

So what does this mean for the libertarian movement in general?  Probably nothing, and I say this for two reasons.  First, it must be pointed out that much of the momentum libertarians could be picking up is being siphoned away by the “Tea Party Republicans”.  These are the Republicans who claim to be against the “status quo”, and want to take on the establishment.  However, if they were actually interested in taking on the establishment, one would think that they would do it by actually running against both major parties (which does not necessitate running as a Libertarian, as there is always the more successful option of running as an independent).

The second reason I find this so-called rebirth of libertarianism to be questionable is a matter of definitions.  How many people define libertarian is much different from how you or I may define libertarianism.  Often times, when you talk about ending wars and promoting financial responsibility many people will nod their head in agreement.  Tell those same people that this means an end to programs like social security and the postal service, and you may start getting some less enthusiastic responses.

It’s great to see that there is enough of a “libertarian movement” (note the lower-case ‘l’) to cause the Washington Post to write a story on it.  But true Libertarians should be cautious to embrace such a movement considering how poorly the new wave of Tea Party Republicans is treating us.