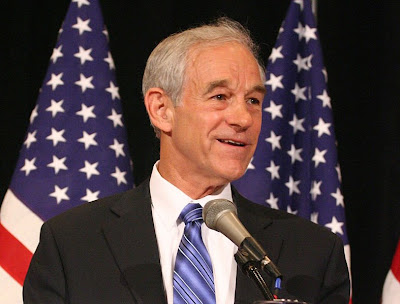 OKAY, the Republican statist neocons are gloating and celebrating that Ron Paul probably won’t be on the ballot in Tampa because he failed to win a plurality in 5 states. Of course, I’m not surprised because I have never known an establishment Republican loyalist who wasn’t a socialist, a Marxist, a big government statist, a warmonger, a crony capitalist fascist, a crusher of civil liberties and a bankster loving debt supporting inflationist.

Well, none of this matters because the Revolution for Liberty will continue and Ron Paul has definitely succeeded in spawning a Revolution that is unstoppable.

In his amazing public career, Ron Paul has educated millions, probably tens of millions, on the evils of big government, wars and central banking.  For 40 years Ron Paul was marginalized, castigated, humiliated, degraded and insulted by the vicious media and government supporters of tyranny.

America hasn’t born witness to such testicular fortitude since the days our founders roamed America and waged an identical Revolution for Liberty.

Corrupt as America and our politicians are, they in fact mirror the souls of the people.  A corrupt people begets a corrupt government.  America is a corrupt to the core cesspool of unspeakable evil and while that evil may eventually consume the greatest free nation in all of human history, I can only rejoice that in my lifetime I had the awesome opportunity to rise above the evil and to resist the evil.

It never would have been possible without Ron Paul.

Ron Paul lifted my soul toward the heavens and away from the debilitating and dark insanity of totalitarian statist hell.  Ron Paul taught me that we don’t have to tolerate unspeakable evil and that we have within us the power to think and to change and to do good.  Ron Paul confronted the evil and so can we.

What Ron Paul has gifted to America is something we don’t get from presidents and the insufferable garbage that we routinely elect. It’s something that lifts the human spirit way above the filth and the slimy garbage. It’s an absolute purity that has the capacity to redefine who we are and to propel human action toward achieving those elusive goals of peace, liberty, prosperity and tolerance.

Ron Paul has made an indelible mark upon American history and it cannot be erased.

We need to be eternally grateful that our lives were touched by Ron Paul.

The grace, the intellect, the wit, the courage, the charm and the humility of Ron Paul will be forever etched in my brain and soul.

If anything, Ron Paul has taught us all that anything is possible, even liberty if we are willing to fight for it.

Now is not the time to mourn or be depressed but it’s a time to celebrate and know that we have the courage, will and determination to forever honor Ron Paul by continuing his incredibly awesome Revolution for Liberty.

Ron Paul lives in all of us who toil for truth, justice and natural rights. Our liberty cannot be destroyed by any political party or government.