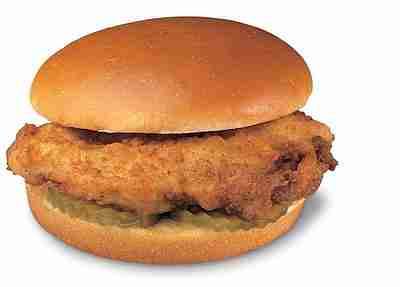 In case you haven’t heard, the President of Chick-Fil-A recently said in an interview that he personally believes in the Judeo-Christian form of marriage.  Now, anyone who eats at Chick-Fil-A regularly probably already knew that the restaurant has some very deep Christian roots, so much so that all of their locations are closed every Sunday in observance of some religious…thing.

But apparently there are some people who just hate the idea of freedom of religion and freedom of speech so much, that when they heard that the eatery’s President was a bit of a homophobe, they decided to call upon the government for assistance in attacking the chain.  Now Mayors and Aldermen are attempting to keep Chick-Fil-A restaurants from coming to Chicago and Boston, but the ACLU says they don’t stand a chance:

That last sentence there is the real kicker, and is a point that is often forgotten by overzealous statists.  When you let the government regulate one point of view, you are silently giving it permission to regulate the opposite point of view as well.  Thus why government shouldn’t regulate any point of view.