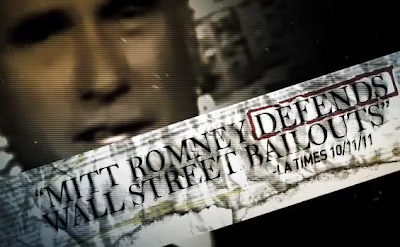 While it’s early in the presidential campaign season and the RNC and DNC national conventions are still a month away, it’s not too late for Republicans to change their minds and nominate the only Republican who can defeat Obama – Ron Paul!

In 2008, Obama won 365 electoral votes to McCain’s 173. That’s a total blowout. The gamblers at Intrade, the online gambling company, predicted Obama would win with 364 electoral votes. Intrade was way more accurate than the pundits and pollsters, as noted by the New York Times.

Four years later, it’s unlikely that Obama will win by such a whopper of a margin in his bid for reelection, if he wins at all. However, the prospects are excellent that Obama could starve off a Romney victory.

Right now the Intrade bettors are giving Obama a 57.4% probability of winning and Romney a 40.5.

The Real Clear Politics average has Obama up by 1.3 but the polls are all over the place.  In any event, the national polls are practically meaningless and what is important is what happens in the critical swing states.  The 2012 president election outcome will be entirely dependent on 6-8 critical swing states.  The top pundits dissect the polls and focus on the electoral count in the individual states.  Three of the top pundits are Nate Silver (New York Times), Larry Sabato (Sabato’s Crystal Ball) and Stuart Rothenberg (Rothenberg Political Report).

Nate Silver has Obama winning with 294 electoral votes to Romney’s 244 and gives Obama a 67.4% probability of winning to Romney’s 32.6.  Nate Silver’s FiveThirtyEight blog, is here.

Larry Sabato has Obama with 247 electoral votes to Romney’s 206, with 85 toss-ups.  Sabato’s analysis and maps are here.

Stuart Rothenberg has Obama with 237 electoral votes to Romney’s 206, with 95 toss-up.  Rothenberg’s analysis is here.

Many states are so reliably blue or red that the outcome is a given.  Once the election kicks into high gear, however, the analysis will intensely concentrate on the following swing states with 100 electoral votes.

Romney is only ahead in one swing state and by less than half a point!

At this juncture, things aren’t looking good at all for the Republican Party based on the polls, the pundits and Intrade.

To make matters worse, Romney had a disastrous trip to London and got badly panned by the Brits and their media.