Step 3 in Fixing America: Resize Congressional Districts Back to 30K 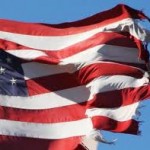 The need for this seems to elude many Americans. I guess many of us just don’t understand why small district sizes are not only important but vital. In a nutshell, there are no real strangers in a small district and such politicians are always accessible by those they represent. And your voice will always be heard. These three things are absolutely non-existent in large voting districts.

Small district sizes eliminates the need for the party system. Our Founding Fathers came up with the 30,000 figure because they knew it worked. They knew that living in a small district meant if you didn’t know a candidate personally, then at least you knew somebody who did. With that said, the people already knew each candidate’s principles, morals and vision as well as his abilities. Each candidate was judged on these things… and his party, if he even belonged ot one, didn’t mean a thing to anyone.

Every American gets a Representative in the House. This person is our personal representative and direct connection to the Federal government. But what good is he (or she) if he isn’t accessible? If you can’t see your Rep when you need to, then he’s not being a representative at all. Today, district sizes have grown somewhere between a half million and million people making it impossible for him to see everyone. In short, he can’t hear you.

Another myth is that all our Reps need to be living in Washington DC. Why? True, there are some occassions when he really needs to be there but he really needs to be spending most of his time living in his own district connecting to his people. The most important thing about any Rep is his vote… and it better be according to how the majority of his people would vote. There’s nothing to say he needs to be on the floor to vote. He can do it from his own home.

Today, our Representatives spend a lot of time and money on issues outside the powers granted to them by our Constitution. They have become busy-bodies sticking their noses where it doesn’t belong. Part of that is because they moved to DC where they fall under the influence of strangers bearing gifts. Another part is that they’ve become disconnected with their very own people. Somewhere during their life in DC their power gets out of control.

Stop and think about this. Please! Then take a look at our American history and see what worked and didn’t work. Also take a serious look a the various models of local, county and state governments. I assure you you’ll discover that the ones with the best structure for representation are the more successful while those with large districts are in serious trouble.