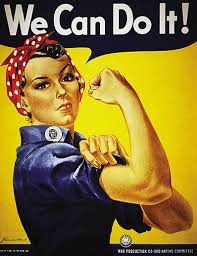 The federal deficit is higher than it has been since the 1940s, in the years immediately after World War II.

A new visual from the “Face the Facts USA,” a non-partisan election project from George Washington University, shows the federal deficit has risen significantly under President Barack Obama, and that the government is increasingly spending money it doesn’t have.

For the most part, Americans remain clueless relative to the significance of this incredible fact (America being broke and bankrupt) and that’s largely because Americans perceive the government as the perpetual cornucopia of plenty that has an infinite capacity to keep them in a style to which they have become accustomed. The massively unsustainable entitlement state absolutely will burst at the seams and fail, just as it has in Greece, Spain and other European nations.

Just how broke is America? We are currently spending about $3.8 trillion on tax revenues of about 2.3 trillion. The debt is over $15 trillion and climbing. Bush and the Republicans exploded the national debt in 8 years by $5 trillion. Obama has already increased the debt by another $5 trillion and counting in about 3 years. No effort is being made to rein in the spending. The government believes that it can literally spend its way out of national bankruptcy and economic ruin.

Think about the cuts that would be required to live within our means ($2.3 trillion in tax receipts). Well, the federal government doesn’t actually have $2.3 million to spend because Social Security receipts fly right out the window in benefits.

The interest on the national debt in 2011 was a staggering $454 billion, according to the Treasury’s own website, here.  Of the $2.3 billion in 2011 federal revenues, $1.3 billion came from income taxes and $800 billion came from Social Security taxes, money that is supposed to be untouchable and not spent by Congress but the Social Security Trust Fund is routinely plundered.

The White House budget reported that $780 billion was disbursed to SS recipients in 2011. USA Today reported that Medicare and Medicaid totaled a staggering $992 billion in 2011 ($554 billion for Medicare and $438 billion for Medicaid), here. At least 58% of the American people are dependent on government funded healthcare. There are other big entitlement programs like housing, food stamps and unemployment compensation, to name a few.

With Medicare and Medicaid eating up nearly $1 trillion of the $2.3 trillion in federal tax receipts, it’s been reported that all federal entitlements now exceed total federal revenue.

U.S. households are now getting more in cash handouts from the government than they are paying in taxes for the first time since the Great Depression.

Households received $2.3 trillion in some kind of government support in 2010. That includes expanded unemployment benefits, as well as payments for Social Security, Medicare, Medicaid, and stimulus spending, among other things.

But that’s more than the $2.2 trillion households paid in taxes, an amount that has slumped largely due to the recession, according to an analysis by the Fiscal Times.

This cannot end well.  In fact, it will end very, very badly for the American people.  The day will dawn when they wake-up and discover that the government really wasn’t the cornucopia of plenty as their fictitious standard of living gets nuked by their own delusions and they are blasted back to an era that few Americans are prepared for, namely, living on what they produce and without mountains of fiat debt and government entitlements.