A Superstitious and Cowardly Lot 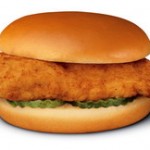 One supposes that delicious fast food and above-average customer service would be enough. Not for a larger-than-nature-intended swath of Americans. For these people, these self-starting political activist naysayers who see hate when a white man passes a black man on the interstate, everything is suspect. There isn’t a synapse in the brain of anyone so much as hinting at disagreement with the conformism of collectivism that isn’t suspicious and full of a la carte demonic hatred for everything sacrosanct in the modern cultural hierarchy of politically correct thought.

There isn’t a data modeler, hacker, physicist or infectious disease expert on the planet that can crack the code of the aforementioned cultural hierarchy of politically correct thought. It is encrypted raw terabytes of illogical emotion, making the exact specifications of how hatred is defined at any step in the process of fourteen billion and ever-increasing lines of code impossible to target—even at the nanosecond level.

A letter was written at the Daily Beast recently. I won’t link to it as I just plain don’t want the whiny twerp to get the traffic. It was supposedly a current Chik-Fil-A employee who conveniently took the anonymity clause for fear of termination. Because that makes good copy for the current narrative script and because it basically renders moot arguments of authenticity. Whatever. These were Important Words for the Cause and that, uneducated simpletons, be the modern truth. The Hell with any sort of deductive reasoning outside of deciding if Romney should have taken that day off in 1971, whereby he set the course of history changed by asking a Mexican immigrant the time full-well knowing the poverty level of the Latino community would preclude the poor nobleman the ability to purchase a timepiece. In matters whereby feelings could be hurt, justice is best served via brave stories of the injustice of being able to pay bills while having to slave away in the services of a black-hearted COO of an empire built on the back of chicken and hatred.

This letter contained within it the basic talking points for anyone who finds themselves fed to the point of nausea with the bleating nonsense that never ceases from the so-called “gay community.” I don’t know who these gay people are nor have I any knowledge of what exactly drove them to the point of collective mania over a fast food restaurant COO’s opinions on marriage. Opinions, mind you, that were requested.

Interestingly, had the COO broke open the Qu’ran and declared absolute jihad from behind the counter of the fast food chain, the moral crusading tolerance mongers would turn tail and run to help. While every store close to any Chik-Fil-A stood looted and burned, our moral betters would be blasting us all as Islamaphobes for suddenly craving a much safer Big Mac.

But no, the COO of a fast food chain known for being clean, pleasant and geared toward customer service and appreciation makes a rather banal observation (banal because most of the population in many part of America clearly agree with it and referring to the Bible is more or less as American as American can get) and there is a firestorm of ridiculous proportions.
The gay community, as well as the self-superior tolerance mongers, appear now, for all intents and purposes, a superstitious and cowardly lot. They see what is not there and fear it for their very lives. Or so one might think. In reality it all boils down to the same behavior as exhibited by children who cannot have their way at that moment. Sentiment for supporting gay marriage has been increasing for years. Yet many people in this nation still feel torn about letting go of convictions they have held dear for years—generations in many cases. Few of them arrive at the decision to not support gay marriage on a whim. Careful consideration is taken and all variables are considered. What the gay community and the self-superior tolerance mongers have forgotten in their tantrums are that, once the decision is made after careful consideration, it’s no one else’s damned business.

Issues this culturally divided take time to be ironed out and the results are sometimes ugly. But despite any of this what we’ve been forced to see from the rudeness, petty name calling and kiss-in threats are a group of people who want what they want and they want it right now and anyone daring to so much as respectfully disagree becomes a target. It is the exact behavior of a child. It does not build trust in a supposed community of people who continue to scream and shout for rights they believe they should have. It does the opposite.

One hopes the smarter contingent of the so-called gay community might step in at some point and do some damage control. But one also might note that members of many factions of society who have claimed and somehow received special sacrosanct status rarely, if ever, do damage control. Why should that happen, after all? Despite continually garnering more time in the national discourse (whatever that may be) with each passing year and successfully having their agenda interwoven so far into society that pop culture has completely embraced and continues to promote this agenda more each year, well, it seems every one’s still out to get them.

Apparently, like so many other things, the definition of ‘victim’ has itself become a moving target.