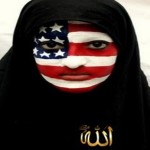 In 2004 the FBI raided the Annandale, VA home of Ismail Elbarasse. Confiscated documents established a link between the Muslim Brotherhood and U.S. based terrorist groups. Also discovered within the archives was An Explanatory Memorandum. Dated in 1991, the document outlined the strategic goals of the Muslim Brotherhood in North America. This document was later submitted as evidence in the 2008 Holy Land Foundation trial.

The Holy Land Foundation billed itself as dedicated to humanitarian needs — complete with the catchy motto A helping hand for all mankind. But the trial established that U.S. based Muslim groups, using the Holy Land Foundation, had funneled some $12 million to Hamas. Designated as a terror group by U.S. State Department in April 1993, Hamas is an offshoot of the Egyptian Muslim Brotherhood. Hamas was founded in 1987 and within its charter is the goal of establishing an Islamic state in the area that is now Israel, the West Bank, and the Gaza Strip.

A special note should be made of the Hamas Charter, or Covenant. It is littered with antisemitism and the language projects a tone of deep seated rage. It is hardcore. So much so that it is often referenced by foreign leaders to justify reprimands of the organization. Perhaps because the Charter has proved to be a political liability, there has been a public relations effort put forth by Hamas to de-emphasize the Charter. Khaled Meshaal, a top Hamas scoundrel, once said the Charter is “a piece of history and no longer relevant, but cannot be changed for internal reasons.” Apparently they’ve spent all their money for explosives — not for paper shredders.

Anyway, back to the Holy Land Foundation trial.

Frank Gaffney, former Deputy Assistant of the Secretary of Defense, author and founder of the Center for Security Policy, called the trial a “Rosetta Stone” as it unlocked the true nature of the enemy and it’s goals. “It’s ambitions, which are clearly said to be destroying western civilization from within,” Gaffney stated.

The trial also shed light on the money funneling activities of the Council on American-Islamic Relations (CAIR) and the Islamic Society of North America (ISNA), founded by convicted terrorist Sami Al-Arian. Both organizations were named as “unindicted co-conspirators”.

It is here that things become a little more insidious. As outlined in Michele Bachmann Smells Something Foul there remains deep skepticism about the political motives of the Department of Justice regarding the trial. In short, claims have been made that the DOJ changed the emphasis of the trial to prosecute the organizations rather than the individuals. Thus, the individuals were able to walk out of the courtroom and, with a little bit of re-branding, continue their activities. Proponents of this belief point out that Obama, Hillary Clinton and others within the administration, have documented political associations (fundraisers, pictures, meetings, speeches, etc.) with these individuals and prosecution of them would have shed a negative light upon the administration or key members within it.

This is about the time America started to become saturated with news stories of the Muslim community being singled out and picked on and that their civil rights are being exploited and “Islamophobia” is running rampant within American society.

In 2010, Claire Berlinski, Editor of Ricochet.com wrote, “The neologism “Islamophobia” did not simply emerge ex nihilo. It was invented, deliberately, by a Muslim Brotherhood front organization, the International Institute for Islamic Thought, which is based in Northern Virginia.”

These claims were, and are public relations and media management efforts that, not surprisingly, have completely fooled or worse, have been embraced by MSNBC, CNN and other Left-leaning news outlets. After all, just whisper “civil rights violations” and the Left buzzes in like flies to red meat. And the goal? Nothing less than vilifying free speech regarding Islam.

In other words, to make Islam such a sensitive social topic, that people avoid discussing it. And if you can’t discuss Islam you certainly can’t discuss “radical” Islam. It fits like a glove with the scripture. Allah, the Qur’an and the prophet Mohammed are all above criticism and scrutiny. Further, the religion pushes the idea that followers should actively participate in condemning those that attack these “sacred” pillars — with violence if deemed appropriate. Recall the murder of Theo Van Gogh in 2004 and the threats generated by the South Park cartoon in 2010? This was the motivation behind both incidents.

Reports of Van Gogh’s death are particularly chilling. Mohammed Bouyeri shot Van Gogh — eight times. He also tried to decapitate Van Gogh with one knife and he stabbed him in the chest with a second knife. The two knives were left implanted in the body, one with a 5-page text note attached, like a tack holds a note to a cork board. Nice, eh? The text threatened Western countries, Jews and an associate of Van Gogh. This wasn’t just a killing it was murder with a message. Luckily, the South Park threats have, to date, not been acted upon. In June, Jesse Morton pleaded guilty of making the South Park threats and is doing 11 in the big house.

But combine a traditional glitzy “civil rights” public relations campaign that drags people through the mud with a “traditional” terror campaign that puts people in the ground, and you can see how quickly a topic can become off-topic. And what does a society that values free speech do when it witnesses extreme acts of religious violence yet can’t discuss or respond to them because of civil rights concerns? Or, more candidly, how does your society stop radical-Islamic violence when your government won’t acknowledge radical-Islam?

In 2011, Diana West reported the CIA canceled a conference on homegrown radicalization due to pressure from CAIR. In February 2012, the pressure proved too much for the FBI, or at least for Director Mueller. “Our FBI Director eliminated at least a thousand of the FBI’s counter-terrorist training documents,” says Erick Stakelbeck, author of The Terrorist Next Door. “After these Muslim Brotherhood front groups complained about them, said they were anti-Islam.” Breitbart.com is actively investigating this.

Also a troubling concern is that some individuals working within or providing counter-terrorism “advice” to the White House, State Department, DHS and other federal intelligence authorities may have alternative motives. Here’s a sampling:

Arif Alikhan, appointed by Obama as Assistant Secretary for Policy Development at DHS. Prior to this he did a stint in Los Angeles. During that time CAIR — one of the money funneling, unindicted co-conspirators — they supported him. It was also reported that he was the driving force behind “derailing the Police Department’s monitoring activities within the Los Angeles Muslim community, where numerous radical mosques and madrassas existed, and where some of the 9/11 hijackers had received support from local residents.” What was his motive — to stop investigations of innocents or to stop investigations of radicals?

Salam Al-Marayati, founder and current president of MPAC, has submitted MPAC policy papers to the federal government arguing Hezbollah and Hamas should be removed from the list of designated terrorist groups. Al-Marayati was denied a government position in 1999 when it was discovered he promoted Hezbollah, as a legitimate organization, has the right to attack Israel. There’s more about Al-Marayti here.

Rashad Hussain, a member of Obama’s legal team, was given a spot within the State Department. He has claimed the prosecution of Sami al-Arian was a “politically-motivated persecution.” For context, Sami al-Arian, is the convicted head of Palestinian Islamic Jihad in North America and has been called before a grand jury several times, refused to testify several times and been held in contempt several times.

Mohamed Elibiary, as reported by MuslimMatters.org,  founded the Freedom and Justice Foundation, which just happens to be the name of Egypt’s Islamist political party that has ties to the Muslim Brotherhood. He was appointed as a member of the Homeland Security Advisory Council. In 2011, he was investigated for taking and leaking “sensitive” reports (some claim the material was terror watch lists) from the Texas Department of Public Safety. As of a July hearing, this issue is still unresolved.

Clearly, not every Muslim is attempting to penetrate the halls of power. It is a select group of individuals. But just as certain is that it is occurring — as you read this — within both political parties. Further, don’t limit yourself to thinking the movement is focused just on our government. Working within the media would prove handy to help get the word out, wouldn’t it? As would penetrating our educational institutions — you know, for indoctrination purposes.

As with most political issues, because the media can either spin the story (there’s no evidence, all is well), attack the credibility of the whistle blower (it’s McCarthyism) or ignore the story completely, the Left has set the prevailing narrative. Spineless politicians that are afraid of violating political correctness is another obstacle. Another large hurdle is the reality that most Americans don’t follow politics at a level to understand the threat. How many Americans do you really think know of the Holy Land Foundation trial? Add these together and you begin to see how difficult a job those in-the-know have of getting the word out.

There was a time, not too long ago, when the country as a whole believed the narrative that Obama was the political savior, the smartest politician ever, the greatest thing to hit America since the Declaration of Independence. America knows better now but during those days of blurred vision, there were crusaders that stood tall and spoke out against him. They fought a media dedicated to editing and hiding Obama’s past. As they attempted to expose his dubious relationships and radical political views these folks were tar and feathered. Is not the issue of radical Muslims with an agenda of pursuing an organized and systematic infiltration of key areas of our society a similar situation?

Why is it so difficult to believe? Are we as a society actually so naive as to believe because these select individuals wear business attire rather than robes they have to be pro-America? Because they can speak English they embrace the Constitution? Because they understand the concept of civil rights they have to respect them? Because they establish non-profit organizations they must possess righteous motives? These conclusions are easy to make but are also utterly absurd.

The Left can cry McCarthyism all they want. The truth is, they weren’t pretty but the McCarthy investigations actually unearthed communists serving within our government. It’s a small detail Lefties often forget to mention.

The evidence is accumulating. Michele Bachmann seems to be on to something. She and the others calling for an investigation need support that only citizen crusaders can supply. Contact Congress and demand we stop pretending and start investigating.