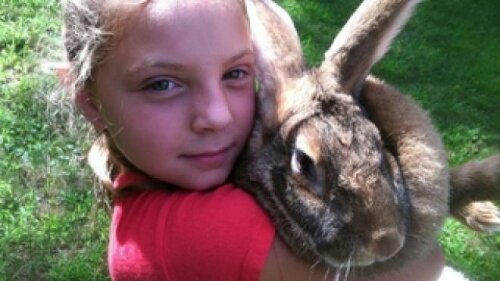 Here’s an interesting story I’ve been hearing about from a few different news sources:

A 7-year-old Connecticut girl will lose her 20-pound pet rabbit if North Haven officials get their way.

Zoning Enforcement Officer Arthur Hausman issued a cease-and-desist order to the Lidsky family two weeks ago, informing them that they were violating town zoning regulations because their property was smaller than the 2 acres required to keep rabbits and other types of livestock.

More than 1,800 people have signed an online petition demanding that town officials allow Kayden Lidsky to keep the 3-year-old Flemish giant rabbit named Sandy. Kayden’s father, Josh Lidsky, has vowed to appeal the order and is angered that town officials have upset his daughter.

Apparently it’s not to hard to get the numbers for a petition, but when it comes to voting these morons out of office, no such luck.  Then again, this is less of an example of a ridiculous law, and more of an example of why even seemingly reasonable laws can lead to ridiculous outcomes.  How could anyone expect that someone would confuse a beloved pet with livestock?

If people just spent a little more time paying attention to what laws are being passed, they could spend a lot less time working these petitions.