Liberals And Their Secret Plan For Illegal Immigrants 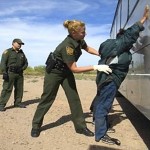 What would you say if I told you that liberals have executed a dastardly plan to rid the country of illegal immigrants?

Hey, hey, come on now — no need for name calling.

It’s true. Let me walk you through it.

What’s the biggest obstacle to getting illegal immigration under control? If you guessed votes, you guessed right.

But that’s the catch-22. Giving away the farm is going to bankrupt the country. And what politician wants to be in power when the land of hunks and sweet babes is reduced to a wasteland of toothless peasants — some of which don’t even speak the language? Where’s the fun in that? Remember, Lord Locksley chased the high-born maiden, Marian, not some mud-hut hag. No, no, better to rule over folks with some semblance of livelihood. It’s much better for the ego the next morning.

So liberal Democrats, the soulless sociopaths that they are, have initiated a secret plan to maintain votes from the Left but rid the country of cash-draining illegals.

Here’s how it works.

Obama-care, serving as the cover policy, requires all U.S. citizens and permanent residents to obtain health insurance. Yet, and here’s part of the secret plan, it doesn’t allow illegal immigrants to purchase insurance. Sorry, Jose, no can do. So, to comply with Obama-care the state exchanges will have to document that any given individual is a U.S. citizen. See where this is going?

Obama and the Democrats have put a target on the backs of illegal immigrants without their lunatic liberal voters even knowing. They get left off the list. As soon as illegal immigrants try to dip into some freebies — because they aren’t on the approved list  — sirens will sound, bells will ring, a paddy wagon will roar up and off they go.

It will be just like in the movies — tagged, snagged and bagged — Obama-snare.

And the Democrats got this masterpiece put in place without losing one liberal vote.

But there’s more. The country’s almost bankrupt and folks like you and me are pretty pissed about it. So, because we’re forced to buy insurance, you and me and him and her, we’re going to demand cost-cutting measures and maximum scrutiny of the ‘who is’ and ‘who isn’t’ list. That’s just fair, right?

No worries for the Democrats as this was part of the secret design, too. It allows Democrats to use Big Brother government to pummel and punish the people, something Democrats love to do, yet they can still blame us because we’re demanding efficiency. ‘Sorry,’ says the Democrat as the paddy wagon pulls away. ‘It was the evil Republicans. They made us do it.’

And check this out. Because Obama-care is going to save us hundreds and hundreds of trillions of dollars in medical expenses, Democrats will have piles and piles of cash to absorb the deportation expenses of — Obama-snare.

Now you know why the supreme ruler pardoned certain illegals — “Will you walk into my parlor?” said the spider to the fly — he was creating a false sense of security.

Of course, there’s a serious down side if you’re a Republican. When Obama-snare is implemented and the Democrats are purging the population — doing the dirty work for the Republicans — well, then there’s no reason to have a Republican party. I mean, what are we going to do, change our platform and become the party protecting the poor? Most conservatives I know would rather leap from a 15th floor window.

Do you see the genius? Democrats have dedicated seven decades to create an environment that allowed them to jam a cover policy into law that will make citizens 100% healthy, save us trillions in medical expenses, purge the country of illegals and dispose of Republicans forever.

Now please excuse me, I have to go find a tall building.