Start Taking Names and Vote Them Out 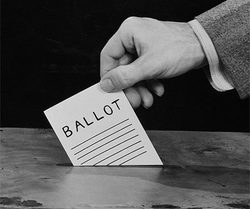 Too many on the libertarian-conservative side are overlooking what their elected Republican politicians are doing, while blasting Obama for similar deeds.  Case in point: raising taxes.  From Liberty Works:

Despite their lip service to cutting taxes, a handful of Republican senators are pushing for a sales tax on Internet purchases. Senator Mike Enzi of Wyoming has introduced the so-called Marketplace Fairness Act that would create a new national online tax that would take away more of our money and freedom. The Republican cosponsors of S. 1832 are Sens. Lamar Alexander, Roy Blunt, John Boozman, and Bob Corker. These Internet sales tax schemes are nothing new but greedy politicians seem more determined than ever to pass it this year.

Gotta love that Randian use of the term “Fairness”.  This is a good example of what happens when too many people are obsessed with the Presidential election.  Everyone gets so worked up over one race that they forget to pay attention to the crooks that actually write the laws.  Then when they get in the voting booth, they simply select everyone with an R next to their name (or D, this goes both ways).

So here is just a friendly reminder to everyone to actually pay attention to all the races.  For all you know the guy for your party might only be there because the other party already had a candidate.