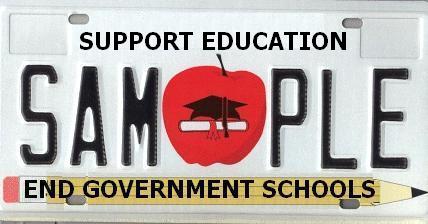 How bad is public education in western nations?

Teenagers have been warned they are becoming unemployable because they use a vocabulary of just 800 words…. The majority of teenagers should have developed a broad vocabulary of 40,000 words by the time they reach 16.

Source:  The teens who can barely talk – they only have an 800 word vocabulary

Most western nations’ deliberately implemented government funded ‘education’ programs to guarantee that our kids would never acquire essential skills for economic success or promote lifelong learning or even the most basic of communication skills for social and business interaction. Government views children as nothing more than a herd of cattle than can be controlled and manipulated for the benefit of the elite plantation owners.

The American public education system has degenerated to the point where it is nothing more than a propaganda machine for statism and totalitarianism, as well as a very expensive baby sitting scheme. Besides guaranteeing that our kids are chronically dumbed down zombies incapable of behaving like anything more than a herd of brainless cattle, the evils inflicted upon a nation that made the conscious decision to sacrifice its kids on the altar of “government is god” is so morally repugnant that it constitutes the worst form of human depravity.

Ever since the federal Department of Education was created by Jimmy Carter in 1979, the quality of education in America has been spiraling downward. Curriculums focus on bolstering self esteem, communitarian ideology, rain forest math, social justice, victimology, revisionist history and just about everything else that avoids math, science, literature, biology and all the core subjects that once gave a high school graduate more than adequate skills to function in the workforce and/or enter college.

But these days America is no longer a great nation of industrious, smart and hardworking people, and even businesses are avoiding expansion on US soil. A few years ago, Toyota caught some headlines because it made the decision to build a new plant in Canada despite several U.S. states offering huge incentives. The reason? Canadians with a high school diploma are far better educated and far more literate than Americans. Apparently, training factory workers in America was a Herculean task requiring pictorials because Americans simply could not read training manuals.

Fifteen-year-old students from the United States rank 25th out of 30 advanced nations in math and 24th in science, according to The Program for International Student Assessment (PISA).

“The longer kids are in school and the more money we spend on them, the further behind they get, says Walter Williams in “Nation needs major reforms in education.”

Before we had zombie government run schools, folks managed to get educated and succeed in life because education is truly driven by the individual initiative to explore, learn and expand ones knowledge. America’s founding fathers offer up some incredible examples of self-propelled success without government schools.

Ben Franklin’s Puritan father, Josiah, decided that Ben should become a minister and enrolled the 8 year old in the Boston Latin School that prepared children for Harvard, then a divinity school. The young Ben excelled and would have earned a scholarship to Harvard but after 2 years and second thoughts about Ben’s suitability for the ministry, his father yanked him out of school and put him to work in the family business as a tallow chandler or candle maker.

According to Franklin biographer, Walter Isaacson, candle making was a grueling job “It was not pleasant work – skimming rendered tallow from boiling cauldrons of fat was particularly noxious, and cutting wicks and filling molds was quite mindless – and Franklin made clear his distaste for it.”

Knowing that Ben was unhappy with candle making, Josiah then decided that he should become a cutler, one who makes and sharpens knives. But that did not work out either and young Ben ended up apprenticing with his older brother, James, who had just returned from England where he learned the art of printing. At the time, printers were just printing shops who earned a living by securing contracts with the clergy controlled press that included the censorship approval known as ‘published by authority’.
James lost his contract to produce The Boston Gazette and did the unthinkable. He started his own newspaper, the New England Courant, which many attribute to being the birth of a free and independent American media.

And thus was Ben Franklin’s newspaper and writing career launched. It’s probably true that he was taught to read and write at an early age by his family as many were home schooled back then. Ben Franklin later wrote “From a child I was fond of reading and all the little money that came into my hands was ever laid out in books”.

Although Ben Franklin is mostly known as being one of America’s founding fathers, his legendary scientific achievements won him international acclaim, here.

Now how did Ben Franklin with only two years of early schooling and no college manage to become such an extraordinary success and in so many ways?

Although Alexander Hamilton is definitely not one of my favorite founding fathers, his life is fascinating. Hamilton was born in the Carribean to a working class shopkeeper mother who was actually thrown in jail for the crime of leaving her husband; she later had two illegitimate children, including Alexander, with a man named Thomas Hamilton, a worthless bum who abandoned his family. According to most accounts of Hamilton’s early life, he started working when he was 9 years old for a wealthy St. Croix man who was a merchant, a warehouse owner and the owner of ships. Hamilton’s boss, Nicholas Cruger, was so enthralled by the young Hamilton’s intellect, competence and work ethic that he entrusted his business to a 14 year old Alexander Hamilton when he was off on his extensive travels.

Cruger eventually arranged for the young Hamilton to get to the US and encouraged him to get educated.  Although the young Hamilton was rejected by Princeton, he was accepted by Kings College where he pursued his education.  However, it was not the Kings College education that propelled Hamilton to success.  The Revolutionary War had started and the daring, brave, smart and hardworking Hamilton quickly got noticed by George Washington and thus was born the political careers of two extraordinary men.

George Washington was born of a moderately successful middle class family and was home schooled.  At the age of 16, he became a surveyor.  But as the French attempted to encroach on British expansion in the US, the French and Indian Wars were born and Washington, then a staunch British loyalist, joined the Virginia militia to fight the French who had enlisted the support of native Americans.  Washington became a legend in one of the battles after having 2 horses shot out from underneath him and 4 bullets tearing at his clothing but with no damage to his body.  Washington’s bravery and daring on the pre-Revolutionary War battlefield catapulted him to top tier general material when the Revolutionary War commenced.

And so we have George Washington, a middle class, home schooled guy with no formal education who became a surveyor, a soldier and the eventual first president of a new nation.

John Adams was the son of a farmer and his father wanted him to become a minister. Adams was taught to read at home but his ‘official schooling’ commenced when his parents put in what was then known as a dame school or a group of kids sitting in the kitchen of a neighbor who was motivated to teach kids education basics. The young Adams eventually attended a more tradition school but John Adams hated the school and just wanted to be a farmer. But Adams discovered the classics, starting with Cicero’s Orations, and became hooked on education and books. At the age of 15 he was declared fit for college, enrolled in Harvard, did quite well, graduated, became a school teacher and eventually a successful lawyer, Revolutionary, founding father and US president.

Adams never gave up farming and had a lifelong love of the land and the farm.  While his wife Abigail mostly ran the family farm because of his travels and commitments, his heart was always with his farm and his books, and both functioned as a temple where Adams retreated to find comfort and solace.  Adams was probably the least worldly of the founding fathers in terms of material pursuits but he was a towering giant on intellectual pursuits.  He only cared about his family, his farm, his books and the liberty of the American people, to which he devoted his life.

Benjamin Franklin, Alexander Hamilton, George Washington and John Adams were all pretty much regular guys from ordinary middle class backgrounds.  Yet each one of them possessed a drive and a yearning to learn more, experience more, read more and comprehend the extraordinary scale of human potential as well as philosophical thought, science, political theory and much more.

From the 9 year old Hamilton working for a merchant to the candle maker Franklin with 2 years of formal education to Washington with no formal education to Adams the contented farmer whose own discovery of knowledge propelled him to intellectual pursuits, none of these men succeeded because of government schools.

Isn’t it about time that we seriously evaluate 12 years of mandatory government schools that teach no knowledge and no skills?  Undoubtedly, men like Franklin, Hamilton, Washington and Adams would have literally gone insane had they been forcibly incarcerated in a government education system for 12 long miserable years.

A nation of lobotomized idiots should be unacceptable for the American people and our children are cheated under the weight of a failed education system. America’s kids would be much better off learning skills, trades and self-sufficiency.

Education in America isn’t just a Big Fail at the K-12 level, even the college educated are severely deficient in basic reading skills.

Literacy of College Graduates Is on Decline

Only 31 percent of college graduates can read a complex book and extrapolate from it. That’s not saying much for the remainder.

Why could folks like Franklin, Hamilton, Washington and Adams not only read well at young ages but also read well enough to devour and enjoy the classics?  For each and every one of them, learning was a life long commitment and a personal initiative.

Finally, a nation of lobotomized zombie citizens will have no future except as slaves.  The skills and motivation required to survive as free thinking, independent and functioning human beings are being forever banished by government schools.  But alas, that was always the plan!  .