What To Expect With Either Outcome Tonight 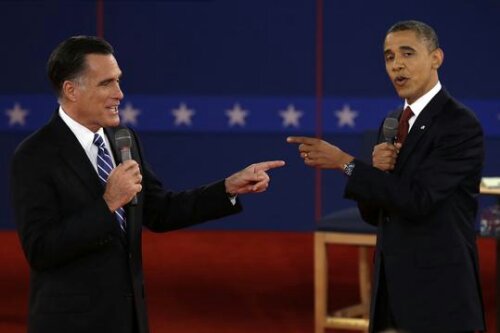 It is finally go time.  After a solid month of some of the most misleading campaign ads and mindless rhetoric from both sides, I think all Americans are ready for this election season to be done.  Very soon we will know who our president will be for the next 4 years, and I’m trying to be optimistic about the whole situation.  The way I see it is that Romney and Obama have very similar plans to offer, which are packaged in very different ways.  Both want bigger government and both have little respect for individual liberties.  So what could be positive about this election?

If Obama wins there should be few surprises. We have been dealing with his style of governing for 4 years, and I doubt he will change much at all.  With (what I assume will be) a majority in the house and a tight senate, and sweeping legislation like Obama will not make its way through again.  Over the next four years the tea party movement will grow and (hopefully) nominate a truly conservative/libertarian candidate in 2016 (Rand Paul!?), and after 8 years of Obama’s atrocities that candidate will win and start the healing process America needs.

In the case of a Romney win, we will be able to look forward to the hope that he will actually repeal Obamacare and NOT replace it with his own federal program (despite his claims that he WOULD do this).  Moreover, we can look forward to a few new strategies.  Nothing that I believe will be much different than Obama’s failures, but I’m no psychic, so who knows.

As far as making predictions of who will win tonight, you’re all on your own.  I think this will be a very close election, and I wouldn’t be surprised if we see a fiasco similar to the 2000 election.