The Real Winner of the Presidential Election 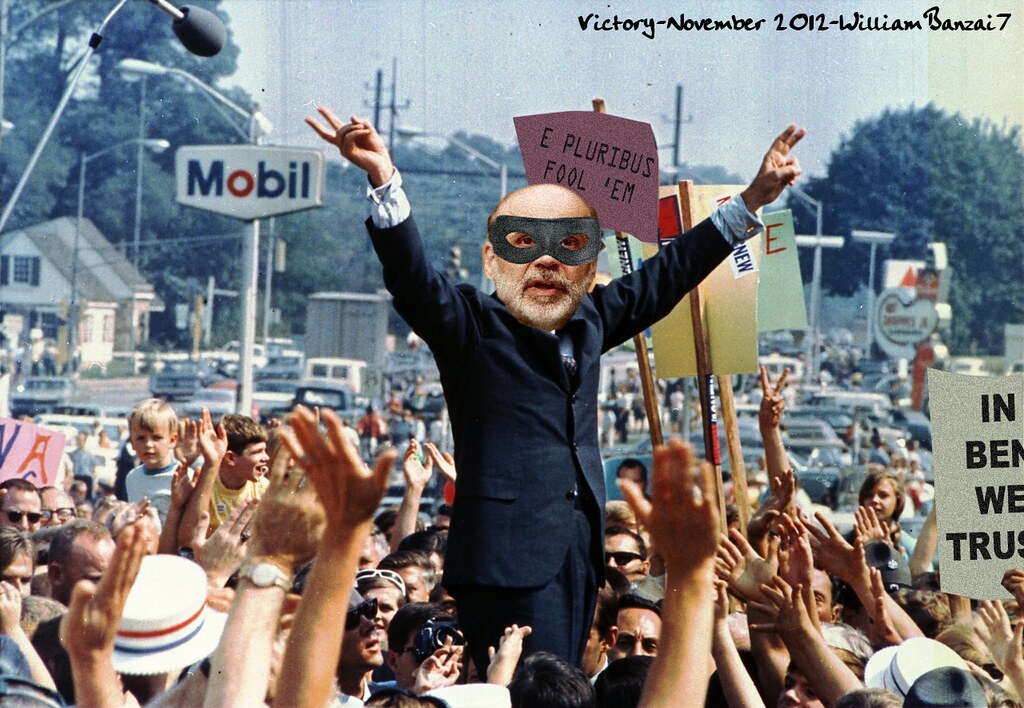 The Real Winner of the Presidential Election  Excerpt:

The Federal Reserve Is the Real Winner

US News and World Report notes that Bernanke helped Obama to get re-elected by juicing the economy … at least temporarily….

While Romney is as mainstream economically as Obama, he did make noises about auditing the Fed, criticized additional Fed easing, called Fed stimulus “artificial”, “ineffective” and “just making it up”, promised to appoint some monetary hawks, and said that he would challenge Bernanke’s re-appointment.

Some of it was undoubtedly attempting to appease Ron Paul supporters (and other libertarians), who hate the Fed. But at least some of it appears to have been genuine.

As such, the big winner from the election is the Federal Reserve.