Sorry, Liberty, I Guess America Is Just Not That Into You. 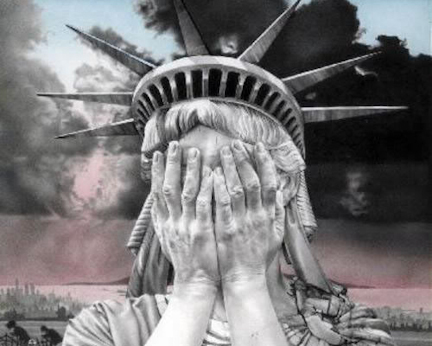 One of the things that has me questioning the point of fighting for the cause of freedom and a return to the constitution is that I had this sense that most Americans still wanted that – that deep down – despite all of the rhetoric and entitlements and layers of politics, that underneath it all, there remained in most Americans a core belief system which truly wanted a return to free speech, free markets and limited government. But what we saw on Election Day was really a repudiation of that. Unlike my fellow liberty activists, who still see a future from a Ron Paul like figure who may be able to come in and truly make us more free, I see the liberty movement becoming more and more fringe.

Let’s face it people. This might be a bitter pill to swallow for those of us who still believe in the cause of freedom, but maybe, just maybe, this is a lost cause – that the original ideal of America is over – at least in this country. That everything that we have been fighting more is not what the majority of Americans want now.

Sure, we are making inroads on the social front, and that is a good thing. The legalization of marijuana for recreational use, the gay marriages, yes in that area there is progress. But on the flip side, the fiscal side, which if you ask me is a hell of a lot more important, America has voted for free stuff instead of freedom.

I hope I’m wrong, and I hope that someone can prove me wrong. But as we piece together what happened on Election Day, I don’t see a vote FOR liberty, I see a vote for statism. And I can only see ever stronger votes for statism in future.