Is America FUBAR? Must Read Analysis: Why I Despair 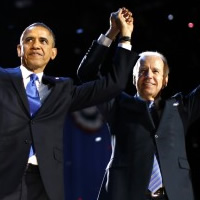 Very interesting analysis from NRO – having myself come from a country which has implemented socialized medicine I can wholeheartedly agree that something like that changes a country – when you give the state rights over your own body, then what is left? When I heard Marco Rubio talk during the convention – he was saying things that came out of my own mouth – “Why are we implementing the saem government programs most of us immigrants fled from?”

But, consider this: A president of the United States just ran a reelection campaign based on the promise of government largess, exploitation of class division, the demonization of success, the glorification of identity politics, and the presumption that women are a helpless interest group; and he did so while steadfastly refusing to acknowledge the looming — potentially fatal — crisis that the country faces. And it worked.Worse, as David Harsanyi has observed, “the president’s central case rests on the idea that individuals should view government as society’s moral center, the engine of prosperity and the arbiter of fairness.” This stunted and tawdry vision of American life was best summed up in his campaign’s contemptible Life of Julia cartoon, which portrayed the American Dream as being impossible without heavy cradle-to-grave government, and in which the civic society that Tocqueville correctly saw as the hallmark of the republic was wholly ignored — if not disdained outright. “Government is the only thing we all belong to,” declared a video at the opening of the Democratic National Convention. In another age, this contention would have been met with incredulity and confusion; in ours, it was cheered.