Things I Have, And Haven’t Done, Since The Election 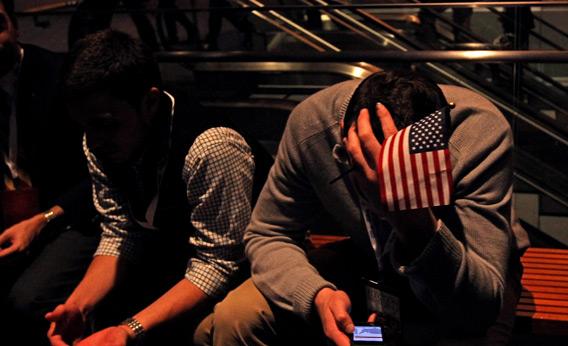 Those of you who have read/listened/watched my blog/podcast/channel for a while know that my show was not always known as the Freedom Bunker, In fact, prior to the 2008 election, the show was known as the ThinkFuture Radio Show – and I talked about all sorts of issues, some not even political . When Barack Obama, arguably the most statist of any president, ascended to the throne of America (and yes folks it has now become a throne) I descended into the Freedom Bunker, assuming that I’d only need to spend the next 4 years in here. I guess I was being a bit optimistic.

Since the election, I’ve basically stopped doing the following:

This is what I have been doing:

I’m leaning towards optimism, but that’s just because that’s the kind of person that I am. But don’t be surprised if I take a turn for the pessimist and disappear for a bit. As proven by this last election, my leanings, and likely most of America’s leanings, are for more goodies from the state. And you and I know who will be paying for those goodies. Us.

I tell you, some days, I just want to shrug. Just quit and go to the other side – stop working as hard as I do in order to have a decent life and provide for my family and just go become a ward of the state. As a ward of the state told me once in the UK “Working, that’s a mugs game”

So that’s where I’m at. I’m sure that you are all likely in a similar place, depending on how much faith you have in this country and it’s people. As I mentioned before, I’m originally from Canada, and I see the exact same policies which drove me out of Canada coming here – it just might drive me to the next place, wherever that might be.

How about you? How have you fared? Love to hear your story…