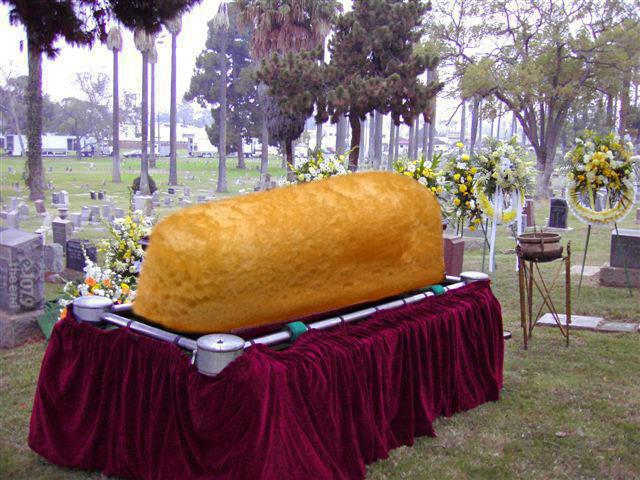 Twinkie-gate is getting a ton of media and blogger attention because of its bankruptcy and the loss of over 18,000 jobs. However, there is a whole lot more to the story besides the emotional aspect, and like everything else it’s a whole lot more complicated than soundbites and rants from the left and right.

The right wing Twinkie meme:  A fine capitalist company like Hostess was forced out of business by the evil labor unions.

The left wing Twinkie meme:  The evil and greedy capitalists treat their labor like expendable garbage and only care about profits.

The Libertarian free market meme: Let the markets sort it out.

Some even believe that changes in consumer tastes and demand killed Twinkie and dubbed it creative destruction.

The Free Market Killed Hostess, And That’s A Good Thing

It’s unfortunate to see this company go away, of course. Not just for the history, but for the tens of thousands of people who are now unemployed….

Herein lies the paradox of progress. A society cannot reap the rewards of creative destruction without accepting that some individuals might be worse off, not just in the short term, but perhaps forever. At the same time, attempts to soften the harsher aspects of creative destruction by trying to preserve jobs or protect industries will lead to stagnation and decline, short-circuiting the march of progress. Schumpeter’s enduring term reminds us that capitalism’s pain and gain are inextricably linked. The process of creating new industries does not go forward without sweeping away the preexisting order.

Over the past two centuries, the Western nations that embraced capitalism have achieved tremendous economic progress as new industries supplanted old ones. Even with the higher living standards, however, the constant flux of free enterprise is not always welcome. The disruption of lost jobs and shuttered businesses is immediate, while the payoff from creative destruction comes mainly in the long term. As a result, societies will always be tempted to block the process of creative destruction, implementing policies to resist economic change.

Attempts to save jobs almost always backfire. Instead of going out of business, inefficient producers hang on, at a high cost to consumers or taxpayers. The tinkering short circuits market signals that shift resources to emerging industries.

It’s unclear whether or not the company, Hostess Brands, and its well known and popular brands that included Hostess®, Drakes® and Dolly Madison®, which make iconic cake products such as Twinkies®, CupCakes, Ding Dongs®, Ho Ho’s®, Sno Balls® and Donettes® and also includes bread brands that include Wonder®, Nature’s Pride ®, Merita®, Home Pride®, Butternut®, and Beefsteak® and others just arrived at a natural free market death or if other considerations were involved

We are sorry to announce that Hostess Brands, Inc. has been forced by a Bakers Union strike to shut down all operations and sell all company assets. For more information, go to hostessbrands.info. Thank you for all of your loyalty and support over the years

The Board of Directors authorized the wind down of Hostess Brands to preserve and maximize the value of the estate after one of the Company’s largest unions, the Bakery, Confectionery, Tobacco Workers and Grain Millers International Union (BCTGM), initiated a nationwide strike that crippled the Company’s ability to produce and deliver products at multiple facilities.

The company is in its second bankruptcy in a decade. Hostess sold about $2.5 billion worth of snack products last year with Twinkies leading the pack. However, the company has nearly $1 billion in debt and has $2 billion in unfunded pension obligations..

While Hostess CEO Gregory Rayburn was planning to ask his employees for wage and benefit concessions, he was awarded a 300 percent raise (from approximately $750,000 to $2,550,000). Nine other top executives of the company received massive pay raises.

Over the eight years since the first bankruptcy, Hostess employees have watched as:

money from previous concessions that was supposed to go towards capital investment, product development, plant improvement and new equipment, was squandered in executive bonuses, payouts to Wall Street investors and payments to high-priced attorneys and consultants.

Is the Hostess bankruptcy an engineered bankruptcy, a chapter straight out of the famous Wall Street movie staring Michael Douglas, a legal maneuver to avoid pension liability, a scheme to wiggle out of paying its debts, a strategy to kill the unions or is it something even more sinister?

Synergy is defined as the belief that the whole is greater than the individual parts.  In Wall Street speak, the individual parts are worth vastly more than the whole.  All those Hostess Registered Trademarks have value, probably considerable value, and there is no doubt that they will be sold for the highest possible price.

Creatures like Hostess, who are wallowing in mountains of debt, are all products of the leveraged buyout (LBO) fever that was born in the 1980’s after the dollar was de-tethered from gold and easy fiat money became as prevalent as grains of sand in the Sahara Desert.

Understanding the LBO game requires understanding the concept of leverage.  Simply put, leverage is very little equity (no skin in the game) and a big pile of debt to play the takeover game and frequently the hostile takeover game.  The LBO players are typically Wall Streeters, Hedge fund operators, private equity firms and just about any financial high roller seeking to make a big play with borrowed money.  Many of these takeovers absolutely included plans to bust up companies and sell them off piece by piece.

There are many famous LBO’s including an LBO involving former Treasury Secretary William Simon, here.

It may be argued that LBO fever first set in through a demonstration of its potential in a wildly successful deal by former Treasury Secretary William Simon in 1983. He had participated in an LBO takeover of Gibson Greeting Cards which was financed by $1M in equity and $79M in debt (total purchase value $80M); 1.5 years later Gibson was refloated on the market for $300M. Simon’s original investment of $330K (1/3 of the total equity stake) turned into a fortune of $66M (ie. 1/3 of the total market capitalisation), thanks to the power of 80:1 leverage.

Having started my Libertarian education back in the early 1970’s that included reading and learning about free market capitalism, the LBO craze left be scratching my head in bewilderment.  The debt fueled LBO craze wasn’t creating new plants, new companies, new products, new jobs or even R & D for the future.  The LBO craze was strictly predicated on raiding and plundering corporations, their assets and renouncing unions and pension obligations.

Let’s get back to Hostess Brands because the company is possibly just another victim of the LBO as told by Firedog Lake.

Death By Twinkie: What the Hostess Liquidation Says About Labor and the Economy

Hostess has apparently not kept up with market share – with such good products like Twinkies and Wonder Bread, imagine! – but as you see above, the real trigger for this liquidation was the strike. This is the second Hostess bankruptcy since 2004. The BCTGM union took multiple concessions in the first bankruptcy, and offered multiple concessions (I’d tell you exactly what they are but apparently they’re having bandwidth issues at their site today) on wages and benefits this time around. But the contract the company tried to unilaterally impose was so bad, with a 27-32% wage cut and benefit slashes and the elimination of the eight-hour workday, that 92% of workers rejected it. And after the strike initiated, Hostess moved right to shutting down the company rather than working with the union on a resolution.

In fact, Wall Street hedge funds and private equity firms own Hostess brands, and they took massive bonuses and payouts over the past eight years or so. They dumped the company pensions, unilaterally stopped making pension payments that would have totaled $160 million, and plan to pay themselves with the sale of the liquidated assets of the company. Their current CEO’s main credential for the job is his “expertise in corporate liquidations,” according to the union (he’s also seen his pay triple).

This is an object lesson in how management looks at labor relations these days. Workers are expected to take their lumps, and if they protest, management will just blow up the company. And the owners will still make a profit. This is Romneyism and Bainism writ large. AFL-CIO President Rich Trumka reacted today:

What’s happening with Hostess Brands is a microcosm of what’s wrong with America, as Bain-style Wall Street vultures make themselves rich by making America poor. Crony capitalism and consistently poor management drove Hostess into the ground, but its workers are paying the price. These workers, who consistently make great products Americans love and have offered multiple concessions, want their company to succeed. They have bravely taken a stand against the corporate race-to-the-bottom. And now they and their communities are suffering the tragedy of a needless layoff. This is wrong. It has to stop. It’s wrecking America.

It’s definitely refreshing to hear the AFL-CIO president invoke crony capitalism as a cause of America’s economic decline.

Also, there is something inherently repugnant and unjust about an economic system that makes the rich richer and the poor poorer.  America was once a nation with the strongest middle class in human history.  Now the once proud and prosperous American middle class is vanishing as we increasingly morph into a society of the rich and the poor.

Not only is this a very bad situation that will continue to explode into class warfare, it’s also a situation that was substantially advanced when Nixon de-tethered the dollar from gold in 1971.  The unleashing of “Banksters Gone Wild” has resulted in all kinds of horrors from birthing the LBO in the 1980’s to massive $15 trillion bankster bailouts to a busted economy.

The real tragedy, however, is that capitalism always get blamed. The truth of the matter is that America doesn’t have free market capitalism.  We’ve got this insidious hybrid command and control corporatist and bankster run economy that maintains its absolute control through the buying of Congress Critters and the ownership of the DNC and RNC money laundering machines.

When we think of companies like Hostess that are saddled with incredible debt stemming from LBO shenanigans we also have to think about “how did all this happen, why did it happen and who is really benefitting?”.  The workers, consumers and free marketd are not among the beneficiaries.