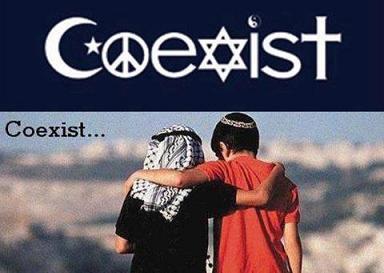 There are few issues that incite raw passions as much as Israel. Hamas fires over 800 rockets into Israel from Gaza in one week, Israel responds with defensive measures to neutralize Hamas, knock out the rocket launchers and the world goes on another anti-Semitic rant as folks cheer Hamas and opine for the extermination of the Israeli Jews and the state of Israel.

The situation got highly contentious on Facebook where folks were constantly posting anti-Jewish and anti-Israel propaganda, some of which landed on my wall.   I responded with a Facebook post:

Please don’t post any anti-Israel Jew hating, anti-Semite garbage on my wall. It will be deleted. I am not taking sides in the conflict and consider all parties to be guilty of atrocities. The middle east is an extremely complex place with hideous problems and it’s where Judaism, Christianity and Islam have always collided in a fight over the world’s most fought over patch of dirt.

That said, I totally 100% oppose any US intervention in the conflict. It’s not our problem.

If you hate me for my views, just defriend me.

Not surprisingly, all hell broke loose and I was accused of being a murderous Zionist neocon because I refused to become a cheerleader for Hamas, a violent psychopathic Islamist group, and advocate for the outright extermination of all Israeli Jews and the nation of Israel.  The Facebook exchange got so intensely heated that I got:

Fuck you, Judy….I’m a true libertarian who ran for US House three times. Piss off with your thinly-veiled Zionist, neocon, warmonger stance. Fuck you and your small-time Facebook “celebrity”. You’re precisely the kind of phony fuck this movement needs to avoid.

You enjoy your place in hell. You are the biggest fraud I’ve met yet that claims to love liberty. And God has a special place reserved for people who blatantly lie, and gag the free speech of others. You are evil, pretending to be good. I wasn’t even talking about the conflict you stupid ass. I was telling the truth about the history of Israel. Enjoy your stupidity. And watch your friends drop like flies as they realize what a liar and manipulator you are. Goodbye, and good luck pulling your head out of your ass before you meet your maker. Because God is not going to pat you on the back for defending Israel when they’re using phosphorous on children. You’re beyond sick lady. Enjoy your KARMA.”

Unfortunately and even tragically, most folks latch on to an issue from a purely emotional perspective and are incapable of viewing a situation through the enormously complex prism of history and religion. Israel is an extraordinarily complicated place steeped in 4,000 years of Jewish history, 2,000 years of Christian history and 1,400 years of Islamic history. To further complicate the issue, Christianity and Islam have their own extremely complicated histories as the Christians and Muslims constantly fought each other for control of real estate.  Islam sought to Islamize the planet and Christianity sought to Christianize the planet.

It’s an understatement to say that Israel is the most contentious patch of dirt in human history.  Israel is   where Judaism, Christianity and Islam have always collided and fought for control of the Jewish-Christian Holy Land. The history of Israel, Islam and the modern middle east is long, complicated and extensive.

With Charity Toward None, A History of Israel

The Making of the Modern Middle East

A Cruise Through History: Islam, the West and the Rest of the World

Although getting beat up for my advocacy for natural rights for all human beings, including the right of self-defense, is something that I’ve become accustomed to over the years, what is puzzling is the gargantuan width and breath of all the anti-Israel conspiracy theories and tirades.  The short list goes like this:  it’s the Zionists, it’s the Jews, it’s Israel,  it’s the Rothchilds and on and on.  Just about everything that is wrong with the world is mostly the fault of the Jews or Israel according to the folks who see a Jewish conspiracy in everything that happens.  However, the word ‘Zionist’ seems to be a favorite when it comes to cheerleading for Hamas and its rocket firing deeds.  The word ‘Zionist’ also appears to be a favorite catch all word for the Jew haters, the Israel bashers and the anti-Semites.

The word Zionism means different things to different folks depending on their religious views, political views and conspiracy views.

Zionism is derived from the word Zion.

Zion, according to Wikipedia, is derived from the Biblical words Sion, Tzion or Tsion and is mentioned in the Hebrew Bible at least 108 times.  Generally, Zion is believed to denote a place, either Biblical Israel or Jerusalem.  Some even view Zion as encompassing more than a place on earth and extending into the spiritual realm of the Kingdom of God.

The more modern derivative of Zion, Zionism, has been around since the 1800’s and was spawned by a movement of persecuted Jews in other nations, mostly European Christian nations, to repatriate back to their Biblical homeland of Israel.  It was a rather benign movement until the British Mandate resulted in the British militarily invading the area in a post WW I power play to seize control of land from the defunct Ottoman Empire.  The United Nations created the modern nation state of Israel in 1948.  That’s when all hell really broke loose, a situation that continues to this day.

The creation of the United Nations was the successful implementation of a global totalitarian governance scheme hatched by the Rockefellers, other uber wealthy families, banksters, defense contractors, fascists and corporatists, all big money interests with the goal of  massively concentrating all wealth and power. The goal is to strip humanity of all its liberty and natural rights and militarily compel every occupant on earth to genuflect before tyranny, enslavement and oppression.

I oppose the United Nations and endorse getting the US out of the UN and the UN out of the US.

In any event, the anti-Zionist movement has morphed into a full fledged anti-Israel and anti-Semite movement that vilifies the Jews, especially the Jews in Israel, while glorifying the violence of radical Islamist groups like Hamas and the Muslim Brotherhood.  The anti-Zionists claim they are not anti-Semites and that they just want Israel to disappear because the Israeli Jews stole the land from the Palestinians.  Personally, I have a difficult time accepting that the anti-Zionists are not anti-Semites because most of them tend to blame the Jews for everything because such folks see a Jewish conspiracy in everything.

There are only about 15 million or so Jews on the entire planet and roughly less than half of them live in Israel (Israel has 6 million Jews).  Conversely, there are about 2 billion Christians and 1.3 billion Muslims on the planet.  Yet, the anti-Zionists frequently claim that those evil Jews rule the world.  It’s not only ludicrous but it’s categorically impossible.  The Jews are one of the smallest minorities on the planet and while many Jews are successful, well educated and smart, they are disbursed throughout the world and mostly live as ordinary people.

Here’s what Martin Luther King said about Zionism when he was confronted with the issue by an anti-Zionist crusader: