Why is Europe Such a Freaking Disaster? 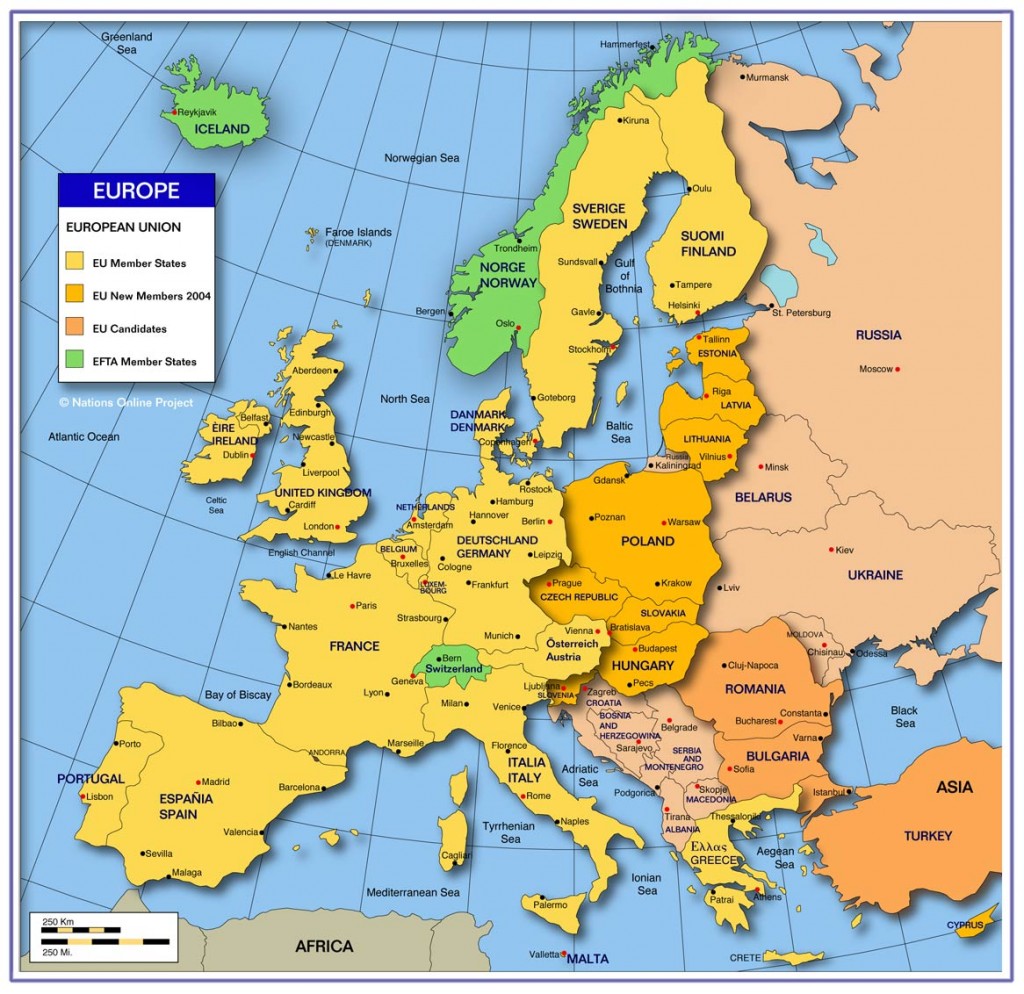 The European Union is one of the worst economic disasters ever concocted by modern government. In fact, it’s nothing but a failed experiment in socialism, income redistribution and the concentration of power in Brussels, frequently dubbed The Throne in Brussels, where un-elected and overpaid bureaucrats tax and plunder the crap out of member nations and people while deciding who gets the plunder.

Interestingly, the voters in Norway voted not to join the EU and the fiercely independent Swiss, who actually kept their republic, never joined the EU. Iceland never joined either and is now recovering nicely its financial meltdown.

What nations have the top performing economies on the planet? The Legatum Institute did an analysis on the issue. The report includes overall rankings and rankings on individual issues including economy, entrepreneurship/opportunity, governance, education, health, safety % security, personal freedom and social capital.

The moral of the story is that nations who maintain their economic independence, sovereignty and refuse to submit to a higher centralized taxing and economic authority are clearly the most prosperous. Denmark is ranked #3 overall but Denmark did not join the common Euro currency so it’s not embroiled in the euro currency crisis.

Take Greece. Greece has contributed 1.7 billion euros to the EU but got back a whopping 6.5 billion euros, an astounding 270% return according to The Guardian that did a detailed report on the EU relative to who pays and who receives.

EU budget: how much does each country pay and where does it get spent?

When the EU expanded the union from 15 nations to 27 nations, the newly added EU nations were: Czech Republic, Estonia, Hungary, Latvia, Lithuania, Poland, Slovakia, Slovenia, Malta, Cyprus, Bulgaria and Romania.  These nations have received HUGE subsidies and handouts from the EU.

Lithuania paid 257 million euros but got back 1.7 billion euros, 542% more than it paid

Even Croatia, who won’t officially become a EU member until July, 2013, has gotten 113 million euros and it has not paid a dime in EU dues/taxes.

And it’s not just Greece and the recently added EU members that are cleaning up, even older EU members are getting back way more than they paid.

What nations are getting royally shafted?

Netherlands got back 47% less than it contributed

United Kingdom got back 41% less than it contributed

Sweden got back 38% less than it contributed

German got back 38% less than it contributed

Italy got back 33% less than it contributed

Denmark got back 30% less than it contributed

Finland got back 28% less than it contributed

France got back 27% less than it contributed

These are astounding percentages given that many of the nations that are heavily subsidizing other nations are now experiencing severe fiscal and economic problems themselves. France is in bad economic condition yet it gave the EU 18 billion euros while only getting back 13 billion euros.

Meanwhile, the EU Nazis just finished a contentious 2 day meeting on the EU budget and it ended badly because they could not agree on anything.

A European Union summit wound up Friday with “no agreement” sealed for the bloc’s next long-term budget, officials from several EU delegations said.

“There is no agreement,” one official said.

With the 27 heads of state and government bitterly divided over spending policy, there had been little hope of a deal on a trillion-euro budget for 2014-20 during the two-day summit.

Divisions between have and have-not nations on how to spend the EU’s billions caused further disagreements.

Talks to settle the bitter disputes that surfaced at the two-day summit will resume in January, Belgium’s Foreign Minister Didier Reynders said on his Twitter account.

An EU diplomat said the main obstacle at the summit was Cameron’s demand for reductions in the planned [budget,] adding that “the most virulent” countries by his side were Sweden and the Netherlands.

Yes, the fight has definitely started over the European fiscal mess and the fight will only grow more intense and fierce.  I suspect that many European nation, especially the solvent and economically viable nations, will continue to oppose the Eurocrats, their insane spending and their absolute power.

Where does all this EU money go? Apparently it serves no useful or productive purpose whatsoever except to grow the hugely expensive and un-affordable EU bureaucracy that is directly responsible for squashing the economic and civil liberties of Europeans. According to the Guardian article, here’s how the money is spent:

• Administration Running the EU in each country

• The EU as a global partner International aid, activities outside the EU

• Cohesion for growth and employment Helping poorer regions of Europe

The EU is nothing more than a crime syndicate styled jobs protection racket for the parasitic public sector and its thieving bureaucrats. However, I will give Europe credit for one thing. At least the facade of fiscal solvency has finally melted away and now a real fight and a real debate has begun. That’s more than you can say about bind, deaf and dumb America where denial runs deep and our bureaucratic class consistently fails to heed the warnings about going over the fiscal cliff. As far as clueless American politicians are concerned, everything is just perfect and they will continue to attempt to spend their way to prosperity even if it means nuking and laying waste the entire US economy.