Is a Good, Old-Fashioned Purge in Order for the GOP? 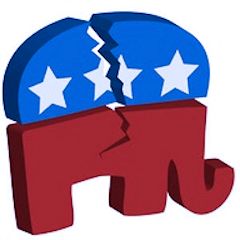 On November 19, Pravda’s Xavier Lerma wrote an article asserting that President (I use the term loosely) Barack Obama had been re-elected “by an illiterate society.” Some conservatives have been wont to dismiss and ridicule some of the dead-on assessments of the former Soviet newspaper since it was once in fact a Soviet newspaper.

For years, the Republican leadership has been accused by conservatives and libertarians of being weak, stupid, or both relative to their handling of leftists. It has been known for some time that many so-called moderate Republicans are really no more than big-government, soft socialists, but given the developments of the last couple of months, it appears that the situation is far worse than that.

via Is a Good, Old-Fashioned Purge in Order for the GOP?.