Obama taking US down path of Greece 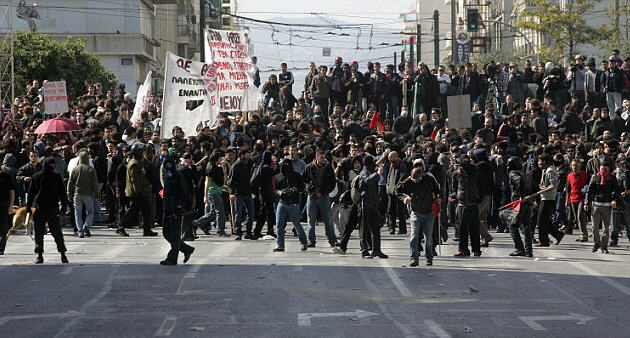 Actually, I was in Greece last year. It wasn’t so bad. Of course the government has no money, people are starving and everyone actively breaks the law and the police do not enforce it. Every protect you see is usually for people wanting ever greater government handouts, and those who are in the know hide their cash from the pawing hands of the state. Maybe we do need to be more Greek – let’s all stop following the law and evade our taxes just like them! Maybe we can finally cut off the money supply to these redistributionist wackos.

Unless you’ve played ostrich, you know the lessons of the presidential election. Republicans must give up their principles and be more like Democrats, or they’ll go extinct.

Media sages insist the GOP must learn to love tax increases and the job of being the tax collectors for the welfare state. They must become pro-choice and “get over this obsession with life,” as one so-called conservative put it. The religious beliefs of Evangelicals, Catholics and others must be tossed overboard if the party wants to attract those single women who are married to the Democratic Party for birth control and abortion.

via Goodwin: Obama taking US down path of Greece – NYPOST.com.