US Ready To Debase The Dollar 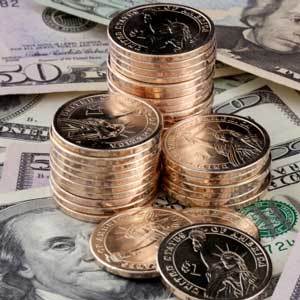 BTW, every other country this has happened in has resulted in a debasement of their currency. The fact that the US dollar is still paper money is a strong cultural statement. Once the dollar becomes a coin, it loses a lot of “cultural value” and everything goes downhill after that. I can tell you personally that once the Canadian dollar and the British Pound note became a coin, the value in the eyes of the people of those countries dropped dramatically. As usual, Obama continues to bring the rest of the failed policies of the rest of the world to America.

As fiat money becomes worth less, governments must take steps to adjust how it is made and in what forms it will be issued. Congressional auditors are currently in the process of rethinking the American dollar bill and forms of coinage.

Though Americans have shown little interest in using dollar-value coins for small purchases, Congressional auditors say that replacing the Nation’s smallest bill with a coin could save taxpayers nearly $4.4 billion over a span of three decades.