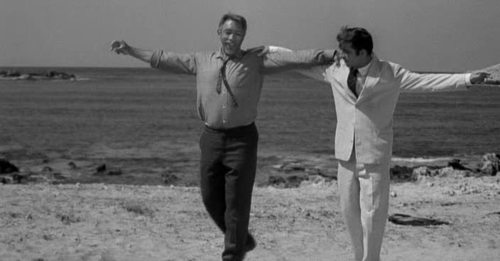 Remember that speech from Wall Street, delivered so well by Michael Douglas as Gordon Gekko? Well, the socialists/communists/fascists now have the last laugh, and have fully taken over our government. Now we can truly say that there is no difference between them and them: both parties are there to sock it to the makers and reward the takers. Our taxes and spending will continue to spiral upward, more and more businesses will go under, the makers will shut down and or flee the country. And we will become like Greece.

Greece is our future. But don’t be alarmed. This is actually a good thing. Why you ask? Its because of what you don’t see truly happening on the ground in Greece. The only thing you are seeing is the state run media telling you that they need to cut spending because they can’t afford the commitments which they made in the first place to provide all sorts of handouts. You are seeing what is happening in Greece as a negative because it is a negative for the state. It is not a negative for the people. The people, when they realize that the state will not and can not save them, are doing just fine.

I was in Greece last year. While the above ground economy is crap, the underground economy is flourishing. People are still making money, businesses are still thriving, and the tavernas are still full of people. Out of reach of the gaping maw of the state, the people are doing quite well. But sshh!!, don’t tell anyone.

When you go to Greece, remember to bring cash. Even though the place may have Visa/Mastercard/Amex stickers, more than likely their “machine is broken”. That’s fine anyways isn’t it – don’t you want to support the business and not the state anyways? The sooner that Greece gets out of the EU, the better it will be for them. Who wants to be part of that stodgy old socialist empire anyways?

Look at Greece, see our future. We can accelerate it by adopting some of their methods. Start using cash. Start bartering. Do whatever you can to starve the state of revenues. That is the only way to beat them now. Voting was a waste of time. It’s time to take action.

It’s time to be Greek. Opa!