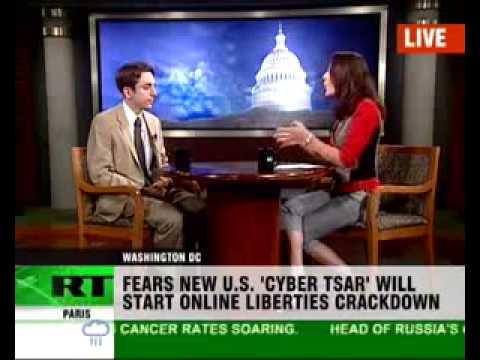 The Internet will let people beat tyranny, not any the state. Basically, the state IS tyranny. They can’t work without it.

The state does not want people talking to each other. And the internet is the ultimate peer-to-peer, or person-to-person communications mechanism. Its whole foundation is communications from any “node” to any other “node”

Think about it for a second: imagine a world where everyone on the planet has an iPhone, or iPhone like device, which gives them totally free, unfettered access to READ about anything and everything which is happening everywhere else. Can you imagine what someone would feel like, in one of these more impoverished countries, reading about what life could be like, in some other country, under a less oppressive regime? Now imagine that not only can that person READ anything from elsewhere, they can also WRITE their personal experiences to the Internet and the web, so that anyone, anywhere else can see what is going on in their lives.

We are seeing a small taste of these things today: look at all the tweets and YouTube videos which emanated from the violence surrounding the elections in Iran, and subsequent protests and riots. Without the Internet, and the ability for humans to WRITE to the web, as well and READ from it, we would have no idea what is going on over there. Think of when every human on the planet has a full read/write device.

Why are states even necessary? As far as I’m concerned, the state simply exists to retard the forward progress of humanity, not accelerate it. And once we get full two-way connectivity to most of the humans on the planet, then states will no longer be necessary.

Let humanity talk to each other, without restriction, and the world will change.