The Gaping Maw Of The State 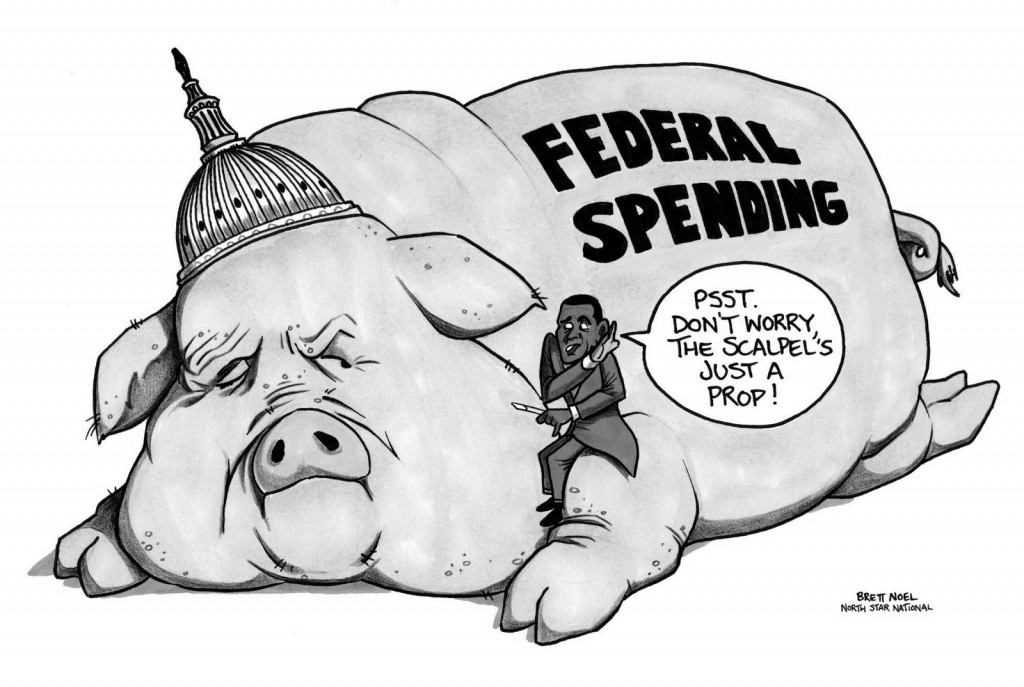 So, not only does the state fail at everything that they attempt to accomplish, they also spend ridiculous amounts of our money doing it. If you think about each and every government program that has gone into effect in the last 100 years, they all have two things in common

The examples are legion, but I’ll throw you a recent one just for laughs. The Stimulus Bill, which cost approximately 800 billion dollars of our tax money, was supposed to reduce the unemployment rate by a specific amount, or at least insure that the unemployment rate would not go above a certain level.

In the promises, Obama said that it would “create or save 4 million jobs” Now, considering you can’t really track job “saving”, I guess that was his way out of bailing on it if it didn’t work. And like I said, the state is in a perpetual state of failure, and an expensive failure at that. When it did actually create jobs, the tiny number of jobs that it did create “25 cops here, 100 firefighters there, 500 construction workers etc” would mean that the cost to create each job would be in the multi-millions. Hell, at 800 billion, you could have given each and every unemployed person assuming that there were really 4 million jobs lost, $200,000 EACH. Now that would be doing something (instead of just paying off his cronies for helping him get elected, which is the REAL reason for the stimulus bill), imagine 4 million NEW businesses, 4 million new entrepreneurs, each with a tidy $200k in startup funds. The recession would be over with a snap of the fingers.

At last count, the net job loss since the “stimulus bill” went into law is 25 million. That is 25 million jobs lost since Obama came into power. And many of those jobs are never coming back, at least until government is pared back.

But the state does not want the people to help themselves. Doing so would put them out of a job.

Take things like building a building, or any project for that matter. If you look at how governments build compared to how private enterprises build, the differences are amazing. The businesses need to build things as efficiently as possible so that they can minimize the time and cost of putting the building up, thereby saving their shareholders money, and keeping enough in the bank to keep going through the lean times, etc. When a government builds a building or does some kind of works project, the cost overruns are literally insane. I came across this table the other day (Reason March 2010):

Can you see any private enterprise surviving with cost overruns in the hundreds or thousands of percent? The “Big Dig” went over schedule by 7 years! Can you really see any project managers or their groups at private companies getting away with anything even near that? Haven’t you ever noticed that when a private enterprise builds anything, whether it’s a commercial space or housing, it goes up in record time? But when the government does it, it takes forever? I mean, come on, it even takes the government twice as much time and money to build a frigging parking lot! Even the ode to themselves cost more than double the original cost. Can you imagine Joe Taxpayer, working hard, half his salary ripped out of his wallet by the myriads levels of government, happily visiting a center in a dank basement celebrating government excess?

And you wonder why there is a tea party movement.