As Hitler Did, Obama Uses Kids As Propaganda Tools 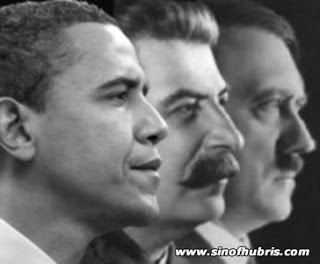 The parallels grow more striking every day. One wonders if we will see another Night Of The Long Knives in this century as well. Remember that Hitler also legally elected, and a deep narcissist, just like our current “lord and savior”. The most frustrating thing to me is – what can we do? How can we combat this rapid destruction of America? In the last 5 years, this country has moved faster towards disintegration than ever before. How can we stop it?

So tomorrow is the day that Obama might enhance his dictator resume and use executive orders to limit your Second Amendment rights. There are as many as 19 executive orders that Obama reportedly is considering. Just like a good dictator, Obama will be surrounded by kids tomorrow in yet another pathetic propaganda showing to ‘Forward’ is Marxist agenda. Hitler, Mao and Stalin would be really proud. Obama has hijacked the corrupt media, and uses kids as propaganda.

via Like Hitler, Obama to use kids as propaganda before announcing gun-control proposals tomorrow : Fire Andrea Mitchell!.