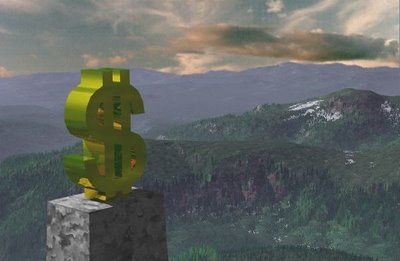 Looking for that mythic Galt’s Gulch right here in the USA? You may have another thing coming: The State at your door.

I’ve been reading these stories lately of people wanting to set up these libertarian, conservative, patriotic, communes. A bit of a misnomer, you can’t call anything libertarian a commune because the whole concept of commune is not libertarian so let’s not call it a commune, let’s call it a town, or a gathering. Glenn Beck, has said he wants to build a libertarian utopia somewhere in the country. Likely Texas. It would be a place where people could live in freedom with each other à la Galt’s Gulch from Atlas Shrugged.

Another group is building something called the Citadel. This is supposedly going to be located someplace in Idaho. And they are asking for people to join in as possible residence as well. What is this trend in building a supposedly libertarian utopia on American soil? Where is this coming from? I have a theory. One, that those in the know have pretty much decided that there is a really is no way to do anything about turning around the state, there really is no way to turn around the federal government, there’s really no way to turn around state government, so that go off and build their own community, hopefully staying away from the auspices of the federal government. They basically decided to give up on reworking the United States of America, and any state that they haven’t a been able to towards a more libertarian vision. They basically given up on it and said “you know what I’m taking my books and I’m going home. I’m to go build myself a place where I can live free. Because I’m not living free where I am right now”.

Now they’re simply 1300 liberty minded individuals have moved up there already and I think they have something like 13,000 individuals were planning to move up there or to move somewhere where they can set up this libertarian enclave.

But I digress. The question is all of these people were setting up these libertarian enclaves actually I forgot to mention. To that people think that actually setting up these enclaves are here to preserve the whole concept of liberty for future generations,. I think as a matter fact, on the Citadel website, someone was actually mentioning that “it’s awesome that you are doing this because we are losing liberty all around us, it is up to you guys to preserve it”.

So these people are feeling that the collapse is nigh, and they will be the only ones who will be able to maintain liberty in this country while the rest the country goes to the dogs. Just like Atlas Shrugged.

First of all as I mentioned earlier all of these people are now on most likely a government watch list. If you have self-selected yourself as someone who’s interested in Glen Becks libertarian paradise, the Citadel or the free State Project you’re already on some government list, most likely.

Secondly I can imagine how any of these individuals feel that they will be able to get away from, or live their life more or less free of, government intervention. The very fact that they self identify themselves makes them more interesting to the federal government. In fact, the fact that they advertise themselves, and actually have a website out there, that allows them to collect names, which can easily be subpoenaed by the federal government, leads me to believe that these people aren’t really serious about creating an enclave, or a community, or they are really interested in getting away from the auspices of the federal and/or state governments.

Unless you’re planning to secede from the union, then you are still part of the United States of America. In the federal government, or the state government the you happen to be in still has control over you. So if you are planning to move to one of these places, take heed – not only will you likely be even more interesting the the federal or state government, its highly doubtful you will be able to live your life more freely than if you quietly snuck away to your own, personal Galt’s Gulch.