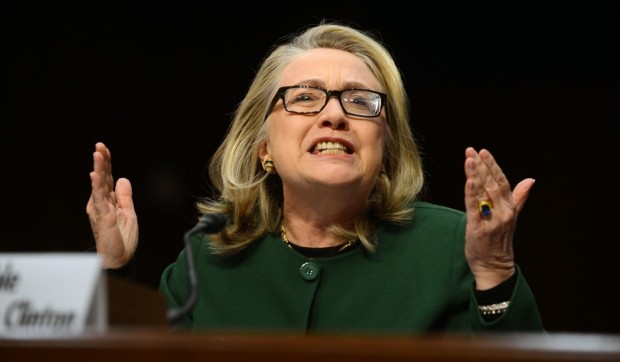 It’s been almost 5 months since Americans have been screaming for answers regarding 4 dead Americans in the wake of the Benghazi attack. This administration has lied, misled, and done everything in their power to avoid answering any questions (so much for transparency). And when the Secretary of State is finally able to answer questions, she turns it into a partisan issue about budget cuts. The most telling line of her testimony (and I use that word loosely) is when asked by Sen. Ron Johnson of Wisconsin (party affiliation irrelevant) repeatedly about any attempts to question anyone who was there about the accuracy of a protest that may or may not have happened. In her response, she bellowed “with all due respect (which we all know what one means when they say that), the fact is we have 4 dead Americans, was it because of a protest or was it because of a guy out for a walk one night that decided to go kill some Americans. What difference, at this point, does it make”. This is the first time there has been any visible outrage by anyone in the administration including the President himself on this issue.