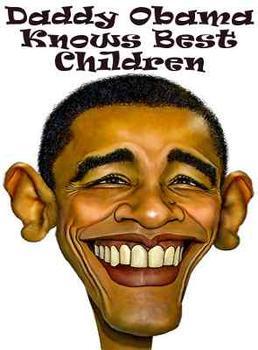 People have to understand that Obama’s position has always been one of gun confiscation. He does not believe that guns should be in the hands of the American citizen. Gun ownership, and many things for that matter, such as your health care, should be owned solely by the state, since people in general simply cannot be trusted. Only the government, in its awesomeness, has the intelligence and the ability to use weapons for good, tell you what treatments you can and cannot have, and a whole host of other things.

People cannot be trusted, but government can. That is the America that Obama wishes to form. That is his vision of this country. Does it really matter that 75% of this country disagrees with this policy? No matter, Obama now fancies himself king, and even the GOP in Congress have defanged themselves. There is no stopping him now. Or is there?

For those of you who know me, you can pick your jaw up off the floor (after reading the title) and move on. There is a pseudo-discussion taking place all over America about gun ownership which consists of the actual “need” for firearms in citizens’ hands and limits that should be placed on American gun owners. As unlikely as it might seem, this is pure distraction.

In an earlier life – the one the press refuses to report – Obama summarily declared that he believed Americans should not own guns. That declaration seems to have been forgotten by some who are attributing to Mr. Obama scruples, morals, and decency that he does not possess – not to mention his demonstrated disregard for the Constitution of the United States in general. Reasonableness is what the American public generally displays and expects in return.

via No Need For Guns In America.