Obama Looks To Control Our $19.4T In Retirement Accounts 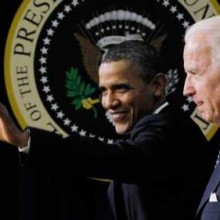 Remember the movie Wall Street? Where the supposedly despicable Gordon Gekko bought BlueStar Airlines in order to rape the over-funded pensions of the employees? Well, I guess its a bad thing when evil capitalists do it, but when its our lord and savior doing it in order to “spread the wealth around”, give everyone their “fair share”, pay off his cronies and spend recklessly, there is not limit. Yes, folks, all of that hard earned money that you have been saving for your entire life, being told that by doing this you would be able to defer and save on taxes, all of that is now up for grabs. This Administration knows no bounds when it comes to pillaging the pocket of the American taxpayer.

Of course, its OK when Obama does it, the progressives cry, because he isn’t a dirty capitalist out for profit. He cares about the little guy. He cares about the poor. He cares about the children. He has no time for those slothful rich people (read pretty much all ordinary Americans who have been smartly and responsibly contributing towards their own retirement via pensions, 401k’s and other retirement accounts). You can bet that he is hungrily eyeing that nice big chunk of cash. Think of how he will be able to spend all that money! Road and bridges and cronies, oh my!

Just watch as the gaping maw of the state not only eats up our future earnings, but our past earnings that we thought were safe. When you look at the amount of spending and the size of the debt, and his plans to double and triple it, did you really think that he would keep his hands off such a golden prize?

Remember that old phrase, “I’m from the government, and I’m here to help”? Well, it looks like we are hearing it again, at least on the issue of keeping Americans’ retirement funds safe. The U.S. Consumer Financial Protection Bureau is weighing whether it should take on a role in ‘helping’ Americans manage the $19.4 trillion they have put into retirement savings. This would be the agency’s first incursion into the investments of consumers.