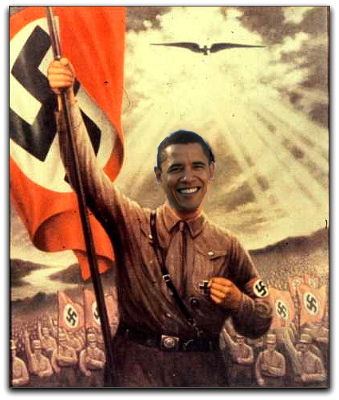 By the way, this is not really a new idea. Students of history will recognize a tactic that was used by Hitler in Nazi Germany, and many other tyrannical regimes before and after him. I think they mentioned that the ideal age in which to indoctrinate a child into how wonderful the state is is 3, which fits right in with this President’s strategy of keeping everyone in love with government from cradle to grave. Hell, if you get them this young, then they can’t possibly vote against you. Remember back when Obama wanted to have a speech piped into kids directly at school without the parents present? Well, guess what folks – this moves forward your kids will be saluting and singing songs about our lord and savior, and his successors (assuming that there are any 😉 ) for a long time to come.

Since the recent State of the Union address, President Obama has been touting his proposal to offer free preschool to everybody.The White House cites studies that claim all manner of benefits to sticking young children into the zoo early on, including later “success.” And Obama claims one of his main motivations is to close the test score “achievement gap” between poor and rich kids.It’s evidently never too early to begin class warfare, which leads us into some other issues about this whole notion of preschool.