Are You Ready To Join Obama’s Civilian National Security Force? 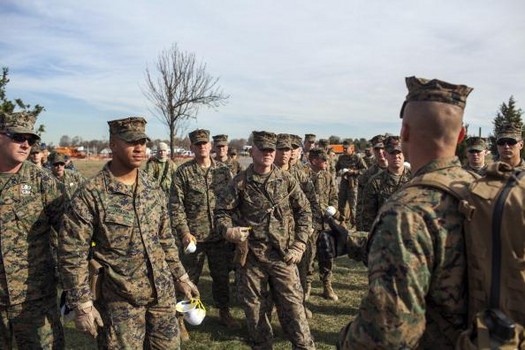 That’s right folks. Not bad enough that Obama is looking to grab us from both ends – both having the state insinuate itself and indoctrinate our children in state run pre-school AND grabbing our retirement accounts, he is now looking for ways to force us into serving him. Sure, first create economic chaos by doing the exact opposite of everything that you should be doing to resurrect the economy, and then take all of those disillusioned youth and force them into service to you. Once they get out of there, they will be well and truly your minions, as if the school system already doesn’t do enough damage.

There has been speculation regarding President Obama’s “citizen army”. In 2008, President Obama made statements regarding a “civilian national security force”. Since that day, many have been curious as to what President Obama had in mind when he made that statement. Rep. Charles Rangel (D-NY13) may have just given a bit of insight into what was meant when he introduced H.R. 748 last week.

“We cannot continue to rely on our military in order to achieve the national security objectives we’ve set. We’ve got to have a civilian national security force that’s just as powerful, just as strong, just as well-funded,” Obama said as a candidate in 2008.

H.R. 748 would require all persons in the United States between the ages of 18 and 25 to perform “national service”. These persons in the United States would either serve the country as a member of uniformed services or as civilian service. The civilian service could be served with a Federal, State, or local government program. The local government programs include community-based organizations. H.R. 748 would “authorize the induction of persons in the uniformed services during wartime to meet end-strength requirements of the uniformed services, to provide for the registration of women under the Military Selective Service Act, and for other purposes”

via H.R. 748 would require all persons in the US 18-25 to perform ‘national service’ – Wilmington Civil Rights | Examiner.com.