Obama: I Am Not A Dictator…(Yet) 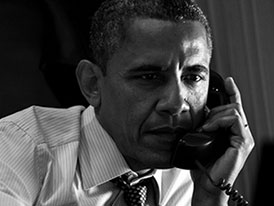 Here we go again – Obama once again refers to himself and an absolute ruler in the same sentence, denying that he is one. While the mainstream media may have forgotten about it, Obama said something very similar when he was addressing a group of radical immigration reformers (When addressing La Raza, the radical Hispanic group which, among other things, advocates for blanket amnesty straight to citizenship. “I Am Not King (There’s Congress)”) Yup.

I wonder if he sits in the Oval Office, actually thinking that things would be so much easier if he were king, if he were a dictator. He’s actually said, repeatedly, that if “Congress won’t act, I will” – so in the end, he does fancy himself a dictator. As I mentioned earlier, for some reason, Democrats seem to love China – they love the ability for the state to do whatever it wishes, and still make a ton of money?

Let’s be honest. I’m that he isn’t the first President to think of himself as a dictator, and I’m sure that he won’t be the last, but really, just coming out and saying it. I guess, now that he’s been re-selected, I guess he figures he’ll be dictator aas some point anyway. When I heard it, I could almost hear the faint pause and the word “Yet” popping up in his mind.