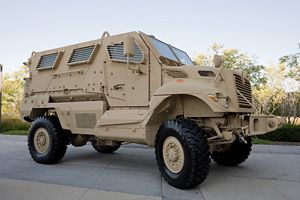 Wake up, people. War has already been declared against the American people by the state. What kind of sign do we need that the state has left its mooring and has become very, very dangerous? Are you waiting for an obvious 9/11 style attack on the citizens of this country by the state? I think they are a bit too smart to let that happen. Instead, they leverage events like Sandy Hook (whether they have been state initiated or not) to erode our freedoms, crush our economy so that we have to take on additional burdens, take our money and then use it to buy weapons and use them against us, all the while disarming us. This war against the American people is silent but deadly.

The state, and the media work hand-in-hand to not only advance their agenda to crush our freedoms and our finances, they’d like us content and happy to let them do so. Don’t let them.

When DHS purchased 1.6 billion rounds of ammunition to be used domestically, inside the USA, and I said this looks like a government agency preparing for war with the American people, I was told, “Thats crazy. The government would never do that.”When DHS purchased 7,000 full-auto assault rifles to be used inside the United States, calling them “personal defense weapons” that could be used in urban warfare, I was once again told I was crazy for suggesting the government was arming up for war with the American people.