Smart answers to stupid questions Pt1 Why don’t you libertarians move to Somalia?

“Oh yeah, Mr. I-hate-Government! If you hate government so much, why don’t you pack your bags and move to Somalia?”

At this point, our statist friend has nearly imploded from smugness. He’s stumped you. The war-torn Somalia is, after all, a libertarian paradise, isn’t it? No taxes, no TSA, no house of representatives.

Hmmm. Where to begin? This might be a good place:

Let’s concede for the sake of argument that Somalia is indeed a ‘libertarian’ nation in the sense that it has no central government. And we can also broadly define it as a failed libertarian experiment. But it may be a little helpful to understand why this experiment in statelessness has failed so spectacularly. 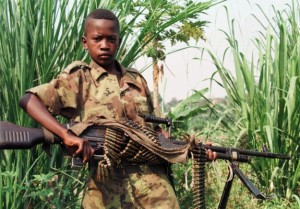 Let’s think of it as a recipe.

Take one part corrupt totalitarian regime (thanks to Major General Mohamed Siad Barre, Somalia’s ruler prior to its ‘libertarian’ phase), add a generous helping of a government-funded civil war, and top things off with an economy weakened by decades of socialist interventionist polices and you get the present day Somalia. In other words, you get a ‘libertarian’ nation unable to rise above the damage done to it by government.

Now if you can point me in the direction of a libertarian state that hasn’t been mortally crippled by a state-funded war and an assortment of other political drama, I’d be happy to consider making that place my home. Or better yet, let’s work towards creating a bold experiment in libertarianism (unencumbered by state-manufactured hassles) right here in this country. That way, I won’t even need to ask you for a ride to the airport.

At this point, your statist friend has very likely turned an uncomfortable shade of red. After some hemming and hawing, he may simply insist that you hate the poor or that you’re just a racist (if you’re white) or an uncle Tom (if you’re black) who hates Obama.